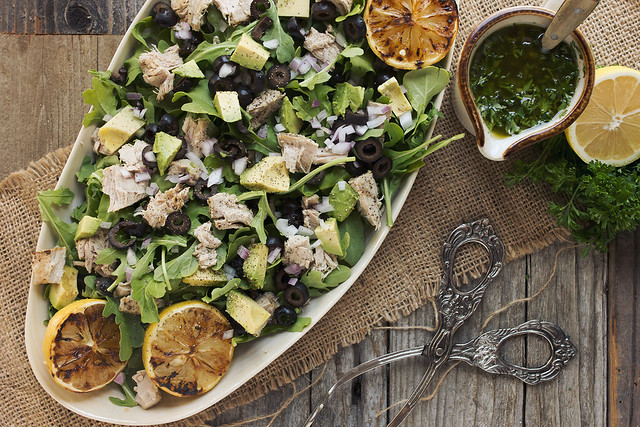 Sometimes you find yourself in places and situations you hadn’t planned. Life is funny that way. How do you handle it? Can you roll with the punches? I like to believe that ultimately there is a plan for me, it helps with those little bumps and the unplanned surprises. As Seane Corn, one of my favorite yoga teachers says “everything happens as it is supposed for our souls to transform”. Not only do I now believe and live by this, but it has also allowed me to be much more open and flexible in my life. I know that things unfold as they should, oftentimes to teach me something. It has allowed me to see things with clearer eyes and to allow things to transform and evolved as they are meant to. I wasn’t always able to do this. This is a practice I have been working at for sometime now. In the past, if I set a plan and things veered off course, I would at times get a little freaked out and possibly allow to ruin my day or whatever situation I was in. It was never fun. Not only did it make the situation harder to deal with, but it made me harder to deal with. It’s not to say that is still doesn’t happen now and again, that I too don’t need these reminders once in a while. 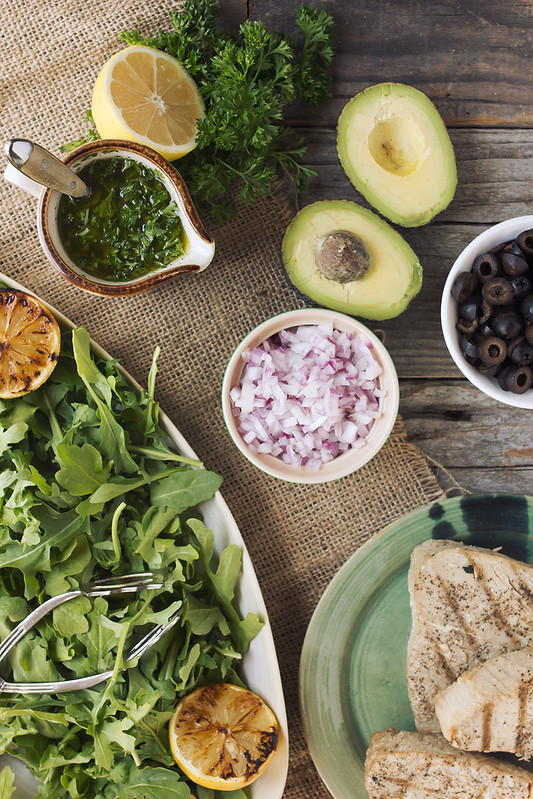 What does this have to do with a tuna salad I’m sure you are wondering? The first time I made this salad, was in one of these very situations where I was being tested. My husband, Mark, and I, were planning a quick summery dinner of grilled ahi tuna steaks. We bought these beautiful wild-caught tuna steaks and I had planned an Asian-inspired meal around them, we were going to to serve them over cauliflower rice with a quick arugula salad on the side. I was thinking ginger, coconut aminos, garlic, sriracha. I asked Mark to grill them up quick, a task he has done many, many times before. Seared tuna steaks need but a couple minutes per side, to keep that beautiful rare center that this particular cut lends itself so well to. Overcooked tuna steaks can be a bit dry and tough. 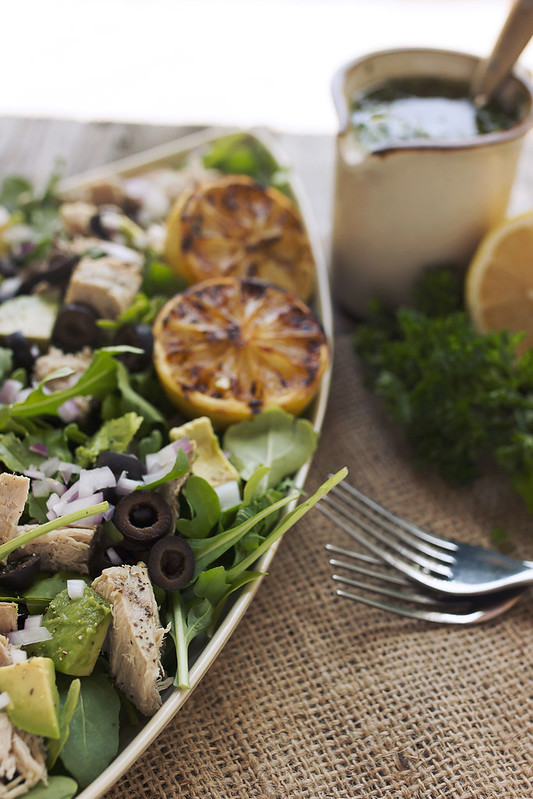 Full disclosure, as the main cook in the house, though my hubby does most of the grilling, I have been known to hover over the grill, to be a bit bossy and to try to tell the grill master what to do. It never ends well. The man knows his way around a grill, he always gets it right (especially when I don’t meddle). On this particular occasion, the grill master was a bit off his game, I hadn’t gotten involved (too much) and the steaks were accidentally overcooked. It just happened. They were dry and though I had planned to make a quick wasabi or ginger soy sauce, I didn’t think that was enough to save them. So, I improvised. I made the best of a bad situation and created this salad, quite literally on the fly. I didn’t let myself get flustered or mad, I didn’t allow the overcooked tuna steaks to win! 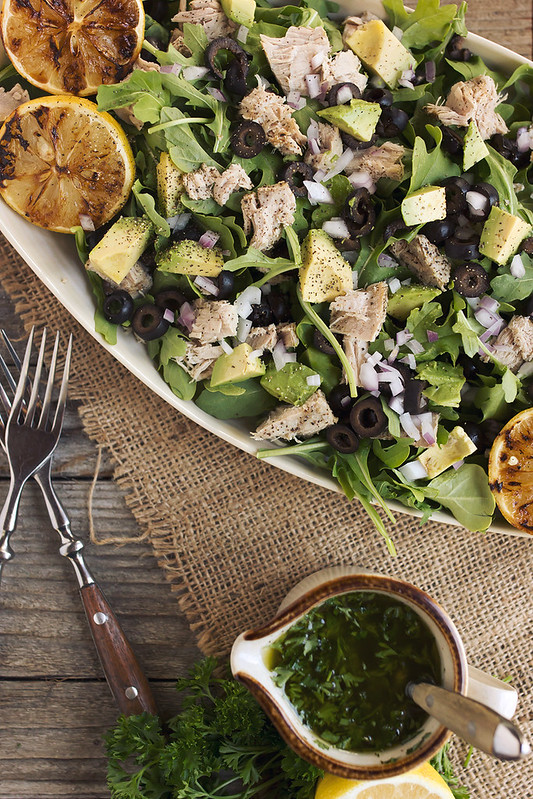 I chunked up the tuna steaks, (which I had simply drizzled with a little olive oil and seasoned with just salt and pepper), I made a quick dressing and went with what I had in the kitchen, pairing flavors that I love. It came together so perfectly and likely so much better than whatever meal that I had planned originally, that I knew instantly it was exactly how it was supposed to be. The tuna had a plan of it’s own. I knew it would be a recipe I would share, rather than the whatever quick weeknight meal we had originally planned. We have made this salad many times since, using canned tuna instead, a much cheaper and quicker option.

This salad is flavorful, fresh, simple, light and bright. The arugula brings a nice peppery crunch and the avocado a soft, creamy compliment. I grilled up a couple lemons for a little extra flavor boost, since the grill was already hot. You can easily adapt this salad to suit your tastes. If you like white beans, they would be a wonderful addition to this salad, as would hard boiled eggs, raddichio, tomatoes, cucumbers or blanched green beans. 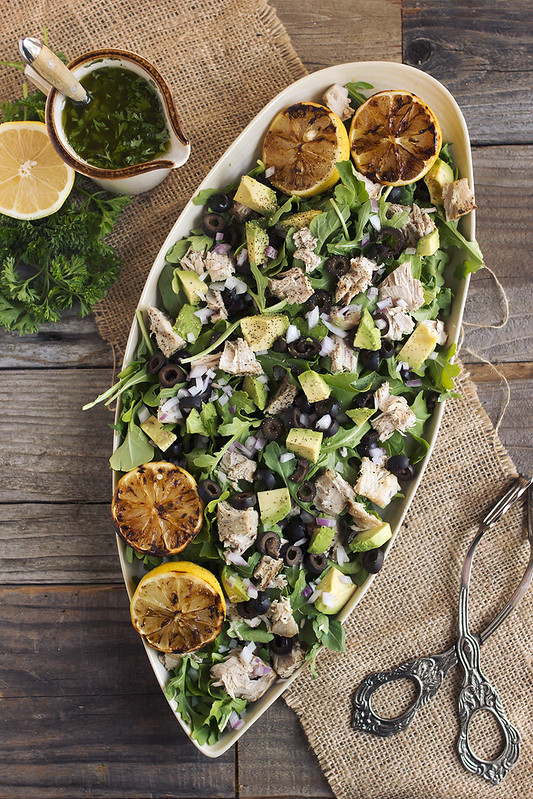 Optional: grill up a few cut lemons, just brush with olive oil and grill a couple minutes a side. Squeeze over the salad when serving.

Whisk together all of the vinaigrette ingredients, salt and pepper to taste. Set aside.

Arrange arugula in a serving platter and top with black olives, red onion, tuna and avocado. Drizzle with half the dressing and serve, passing additional dressing on the side.

You can also choose to use overcooked tuna steaks, rather than the canned, as we did on the first go. But I suggest saving your money and opting for the canned stuff. Save the tuna steaks for the quick searing.