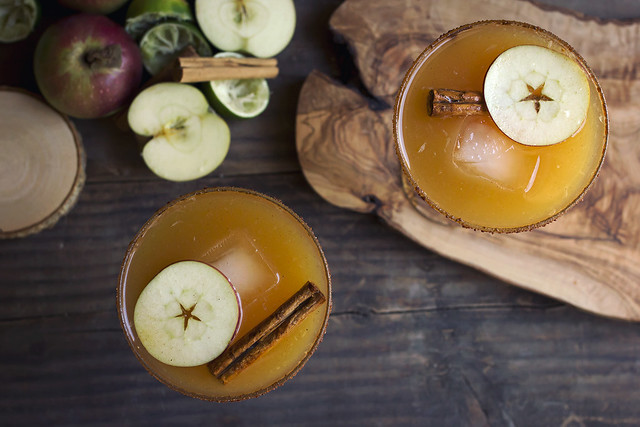 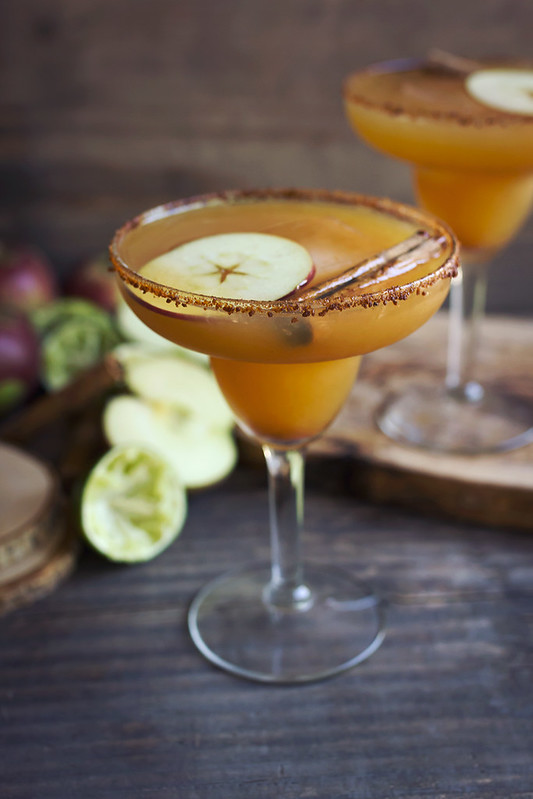 I have a very serious question for all of you… how in the heck is September almost over? Actually, make that two questions, I also want to know where the summer has gone? The Autumnal Equinox is just two days away and I honestly feel like summer just began. It probably doesn’t help that it has been a very busy summer and I have been traveling for most of this month. 12 days in a row were spent away from my home as I explored Maine, visited my family in New York, then returned home to quickly leave a mere 12 hours later, to visit a ranch and explore the adorable small town, Julian, CA.

I always find the end of September and the start of October to be a highly charged time for me, with lots of energetic shifts. Not only is change in the air with the start of a new season, but the fall equinox celebrates the equality of light and dark. As the sun shines directly on the equator, we experience (nearly) equal hours of daylight and darkness, all across the world! How cool is that? Because of this, the shift into fall focuses our energies on balance and as a libra, this equanimity is vital to my very existence. I thrive in the balance and I find myself at my best, most aware and most creative at this time. 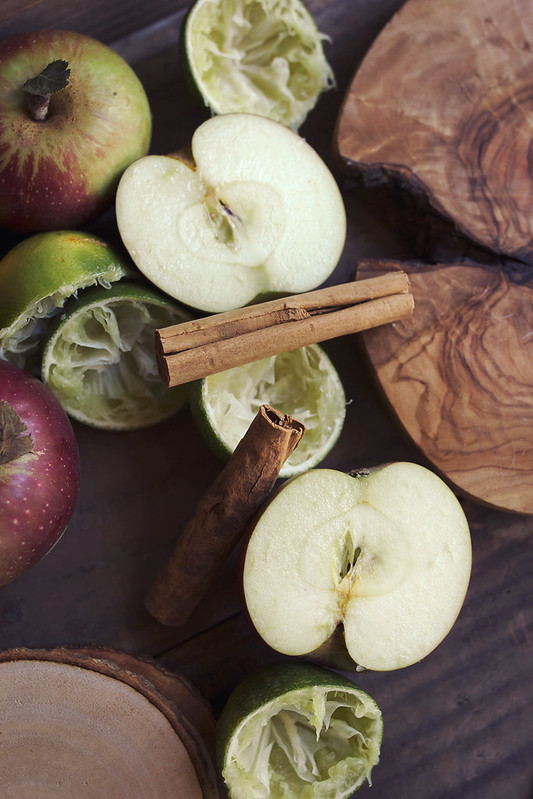 Over the past few weeks I have had many reminders, presenting themselves in many different forms, to “honor yourself”. It’s easy in the busy time of summer to get lost in a sea of plans, to constantly be honoring promises to others and to fill the long days with socially-charged commitments. Summer is so focused on putting ourselves and our creations out into the world, feeding them and encouraging their flourishing growth in all the light surrounding us. I find as we transition toward darker days, the need to pause, to go within and to harvest our creations from these previous months. This time of rebalancing of our lives is the best for shifing our focus toward honoring our self. Armed with this knowledge of this time, the readings, reminders and messages, I have been able to focus on my energy inward these past few weeks. I have started to give myself the room to honor me and it has given me the space to see much more clearly. 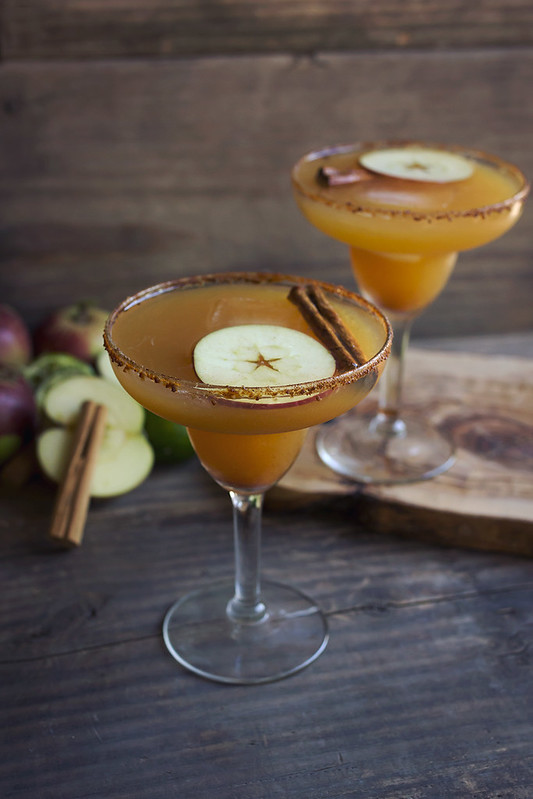 Beyond this balance and the start of this energetic shift, with this new season I also very much enjoy the very literal harvest taking place, of the foods we eat and are creating. Apples and winter squashes, warming spices, stews, soups and baked goods. After our trip to Julian, CA at the end of last week, a town known for it’s apples, I was feeling inspired to create an apple pie with the beautiful apples we brought back. I planned to create a grain-free pie reminiscent of the slice of delicious gluten-free Apple Boysenberry Crumb Pie I had from a small bakery off Main Street. As I finished the last few bites of this pie, I dreamt of filling my own kitchen with the spicy, comforting aroma that filled this tiny little gold-mining town. Sadly, mother nature had other plans for me with her 100 degree summertime-like temperatures. While I really wanted to create this pie to share with you, I couldn’t imagine turning my oven on and slaving over peeling apples and rolling out dough. I chose to instead create another recipe, honoring the swing season. This special, but brief time where summer and fall meet. 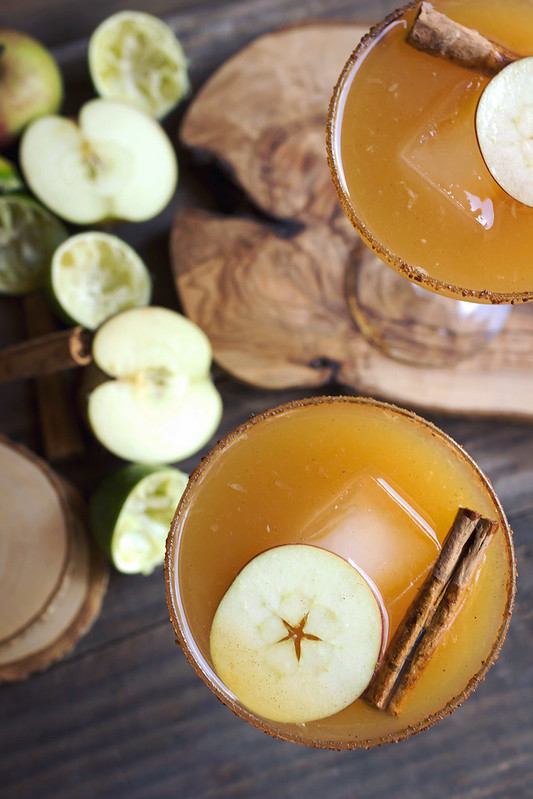 This cocktail, created with the beautiful freshly-pressed traditional apple cider we bought in Julian, brings the warming spices and earthy flavors of an apple pie with the iced cold tartness of a margarita. Somehow these two balance each other so perfectly, it’s as if they were destined to be together. I created this cocktail two ways, I made one with the beautiful golden Reposado tequila (blanco tequila that has been aged 2-12 months) that I picked up on a recent trip to Mexico, it’s rich and complex, warming and almost woody flavors fit so well with the apple cider. It would also be delicious with Anejo tequila, which is aged even longer, providing an even deeper flavor. The second version, featuring Mezcal, brings an even more intense, warming, smoky flavor.

I opted to honor myself, this season and this unseasonable heat wave with a cozy cocktail. The pie will come soon enough. There’s no rush. 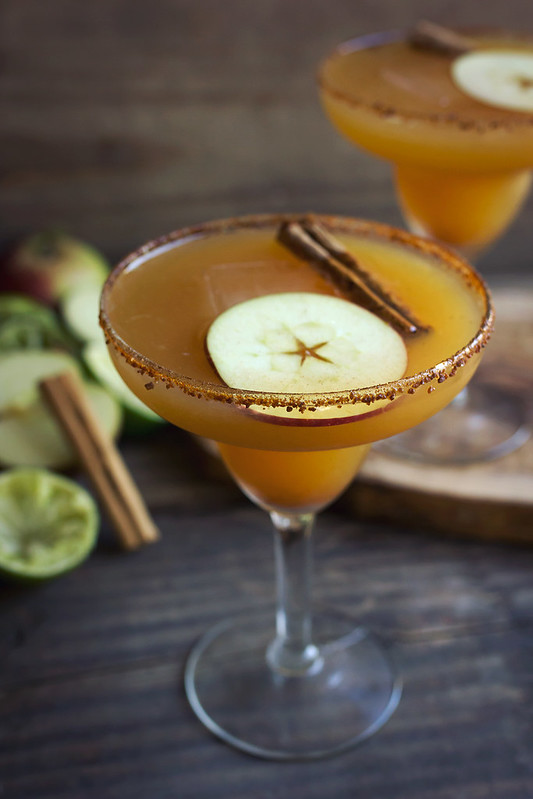 In a cocktail shaker add the cocktail ingredients with a few ice cubes. Shake really well. Add fresh ice to the glass and pour the drink through a strainer into the ice-filled, sugar rimmed glass. Garnish with an apple slice and cinnamon stick. Serve and enjoy.