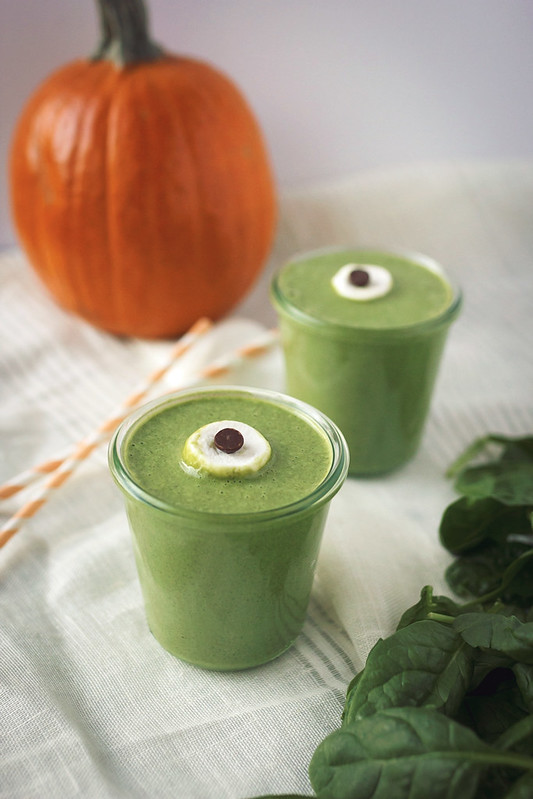 Kitschy halloween-inspired recipes aren’t exactly my thing. No judgement on those who dig it, I just personally don’t like food to look “gross”, even if it’s fake. So, while I think bloody witch finger cookies or a pumpkin puking up guacamole are kinda funny and probably great for a spooky, halloween-themed party, it doesn’t exactly make me want to eat. A lot of that stuff just turns my stomach a little. That’s just me. Maybe if I had kids I would feel different or maybe it’s just that I am the Halloween equivalent to Scrooge or the Grinch. I mean, I honestly can’t even tell you the last time I dressed up for Halloween. Bah humbug! 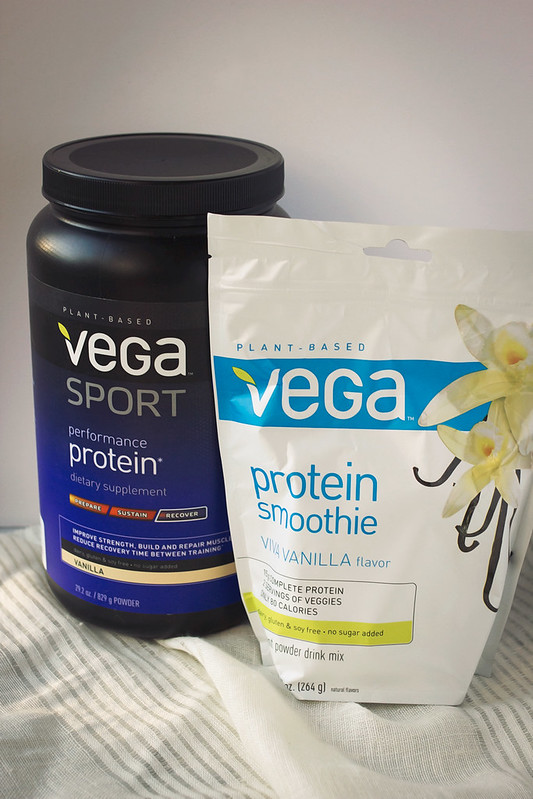 Either way, my good friends at Vega asked me to make a Halloween-themed smoothie using their amazing plant-based protein powders and I couldn’t say no. So, I took my simple, modern, toned down (see also, lame-o) approach to this challenge. This Green Monster Smoothie is about as “creepy” as I get, since I don’t do blood or guts as a meal, almonds as finger nails, brains on a plate, or rats and spiders crawling on my flatware. 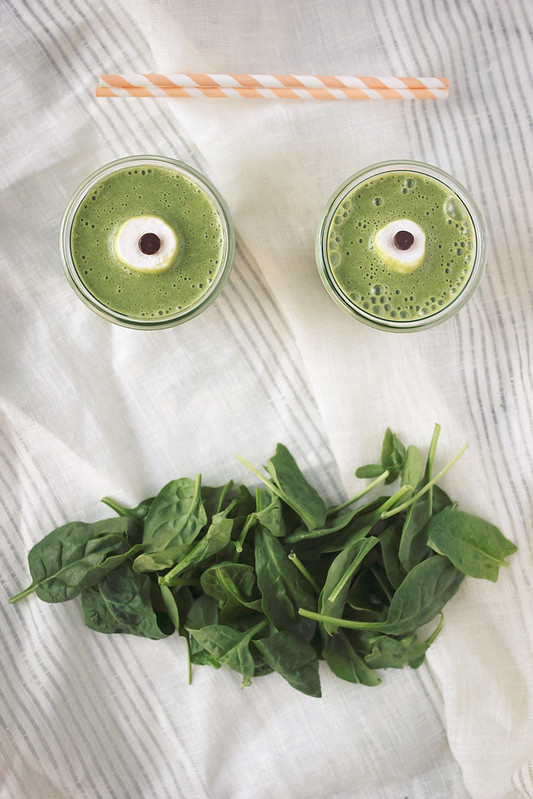 This cute One-eyed Green Monster Smoothie would make for fun, healthy pre or post trick or treating fuel or maybe it’s the perfect breakfast to start your Halloween off  on a nourished note. You can make a tall one-eyed monster or take two glasses and make a funny face. Or you could just skip the eyes altogether, make a regular ‘ol boring, green smoothie to sip on while wait for trick or treaters to knock at your door, so you can hand out candy in your PJs, whatever. 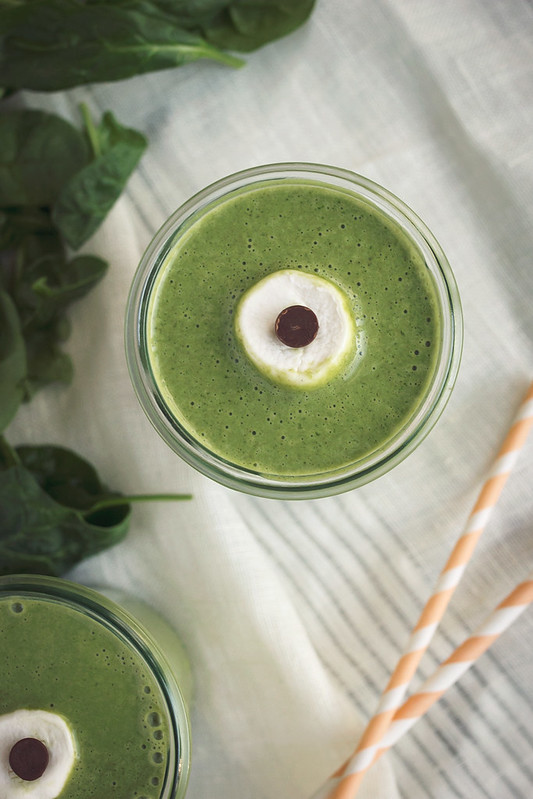 Yes, I put a marshmallow and a chocolate chip on a healthy smoothie, yes there is little bit of sugar in there. I don’t think it will kill you. But if it does, maybe you’ll be one of the lucky ones to turn into a zombie, than you can eat real brains and guts 😉

Add all of the ingredients, except the marshmallow and the chocolate chip, to your high speed blender. Blend until smooth and creamy.

Stick a chocolate chip (pointed side first) into the top of a marshmallow and then float it on top of the smoothie. [/print_this] 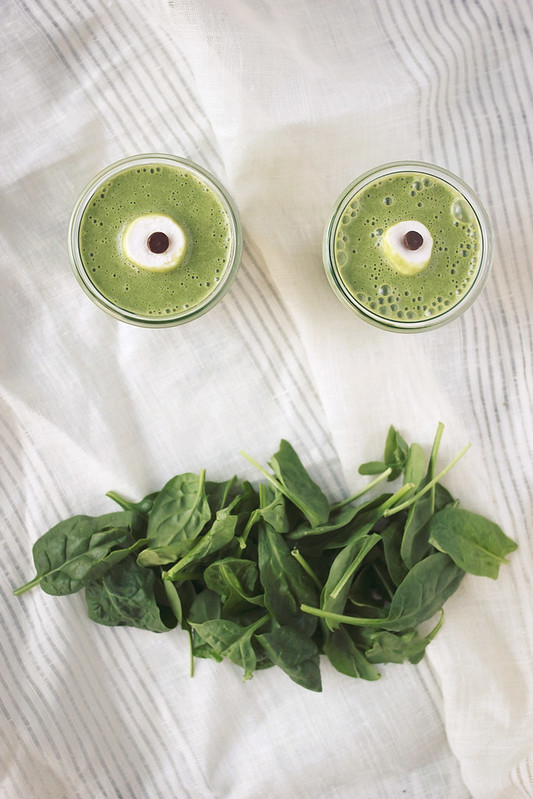