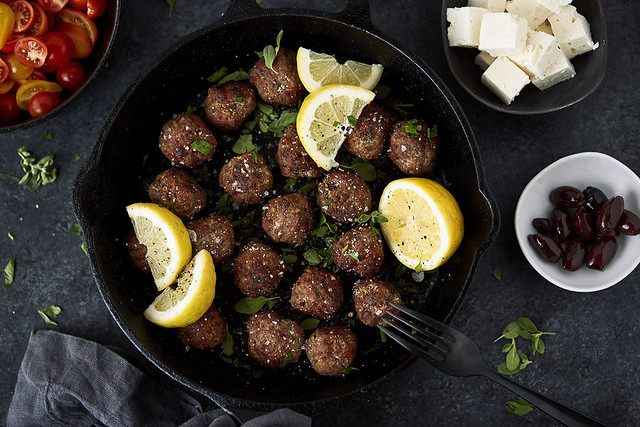 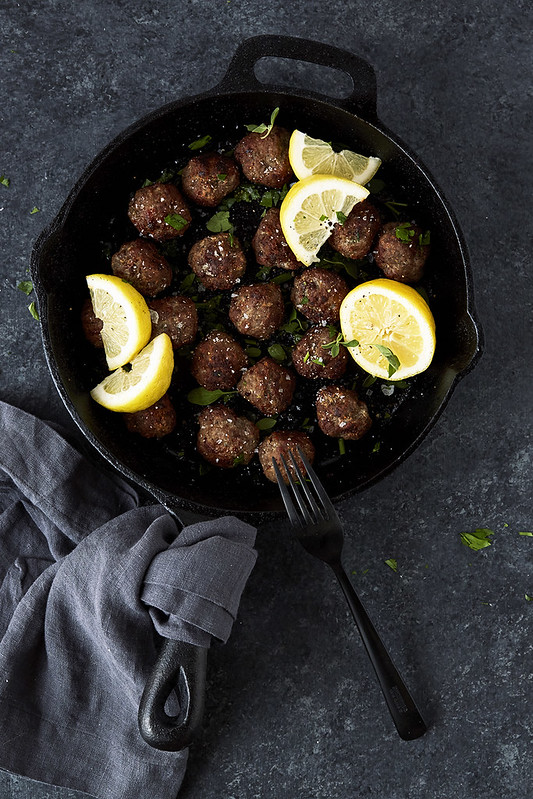 These Greek Gyro Meatballs aren’t your standard ground meat Greek meatballs, instead we are bringing the flavor and more importantly the texture of gyro meat. So you can skip the multiple steps and the need for delicate, thinly sliced meat and condense the work into these tasty bites!

My love for Greek food runs very very deep, you guys know this. Last year when I created, basically the best homemade gyro ever, I realized that I had been sorely missing out for basically an entire lifetime. Growing up Greek there were loads of recipes and dishes that were handed down from generation to generation, things we just always grew up eating – souvlaki, avgolemono soup, lamb meatballs, pastitsio, leg of lamb, Greek Potato Salad and that list goes on and on.

Though we all loved it very much, gyro wasn’t exactly one of those foods, it just wasn’t part of my family’s Greek food repertoire. Souvlaki was always the go to for this time of meal and if and when gyro was served, at our house, it was the store bought stuff (eeeeek over-processed, gluten-containing and not so good – so, I always passed). When I broke into the homemade gyro game, after years of being without it, it quickly became a dish that is requested every time I am home in NY visiting my family.

Homemade gyro is a bit of a labor of love, not that it’s super labor-intensive or difficult kitchen work per se, but it’s a recipe with a handful of steps. It isn’t a prep it and cook it kinda meal. Blending the meat is one part of the process and it’s the easiest, but from there you form into a loaf, bake that, then slice it very thin and cook it a bit longer. None of it’s particularly difficult, it just means time. 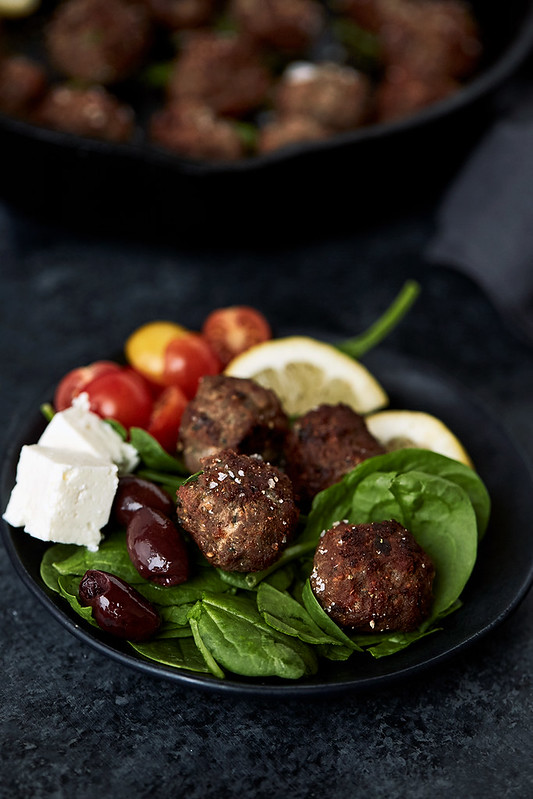 On my last trip home, I was making homemade gyro with the family, as we do and I shared it on my Instagram stories. A day or two later, a TY follower commented that she didn’t have enough time to make the gyro so she turned my recipe into meatballs instead!! Brilliant!! Absolutely brilliant. I love that you guys inspire me just as much as I (hopefully) inspire you!

So, I was inspired and I gave it a go, I followed the same exact steps of my gyro, so as to get that exact same texture and taste of gyro. But, rather than a loaf and two rounds of baking we made it into meatballs, cooked em up on the stovetop and voila!!! Greek Gyro Meatballs were born. 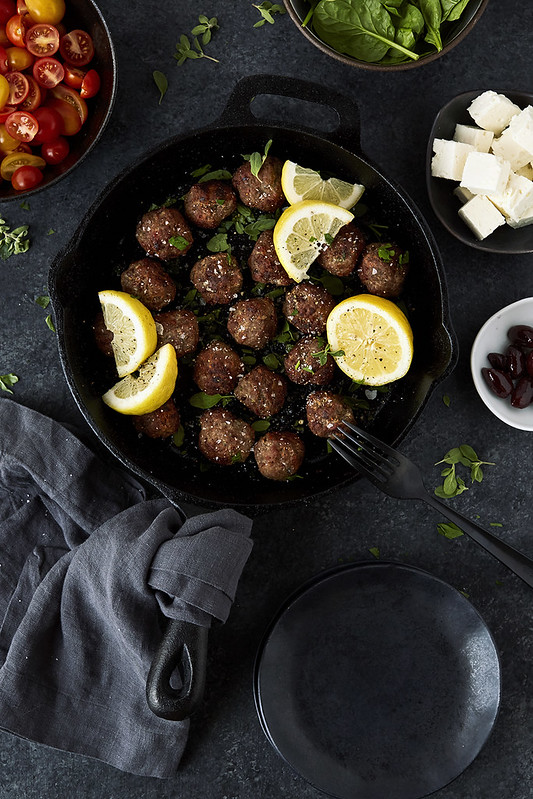 These Gyro Meatballs are great as an appetizer or served with Greek Potato Salad, a big Greek Green Salad with my dad’s epic homemade Greek Dressing or some homemade tzatziki sauce. Maybe you’d rather have rice or roast potatoes or a solid cucumber tomato and feta salad. However you serve it, these meatballs are a game changer! You an opt for lamb or beef or go with a half pound of each, but don’t skip those initial steps of letting the meat rest or processing it with the bacon, this is what makes for a unique gyro meatball unlike any other meatball experience.

As noted in the recipe, be sure you are familiar with the bacon you are using in this recipe, I have made these and the gyro before with a bacon I wasn’t familiar with that was far too salty. The salt added at the start of the recipe to the meat is an important part to the process as it breaks down the protein in the meat, providing that signature texture. If the bacon you add is on the saltier side, it will affect the final outcome of the recipe, making for saltier meatballs that you’d want. Same goes for super smoky bacon, it’s not bad, but it will affect the final flavor. 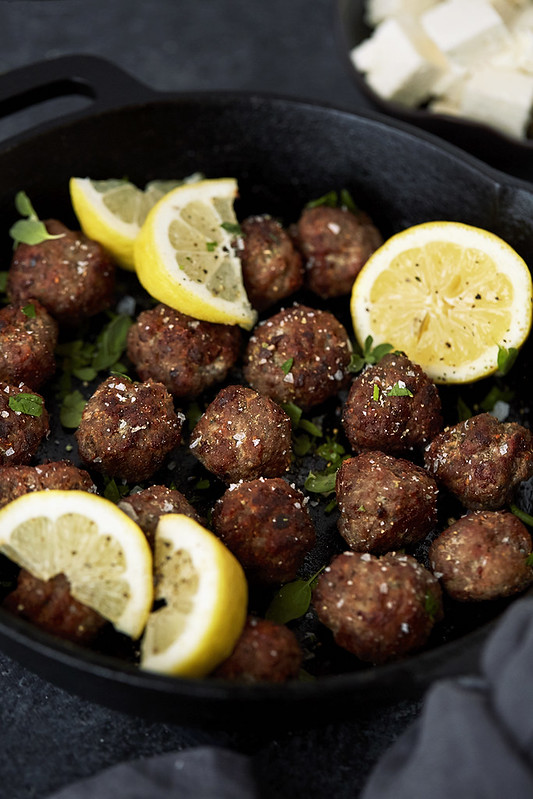 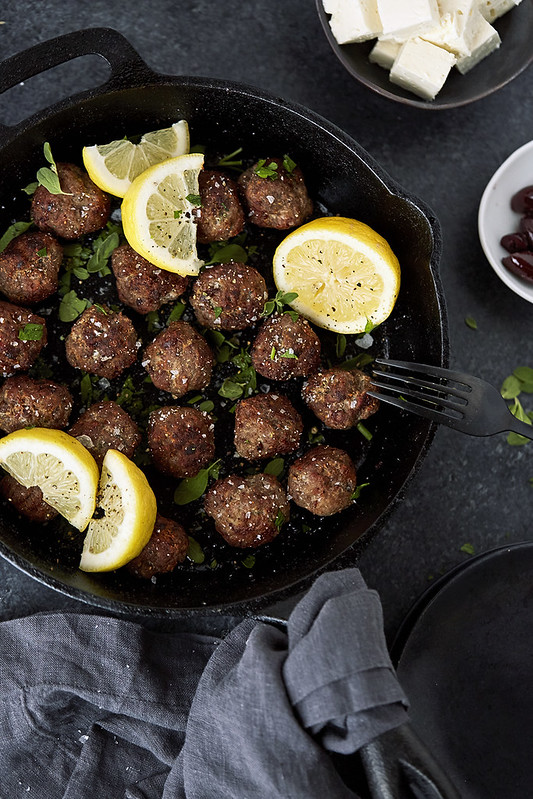