Are you curious how-to make delicious cashew milk? While nut milks and other non-dairy milks can seem intimidating and like far more work than they are worth, this definitely doesn’t apply to my Easy No-Strain Cashew Milk. Just two ingredients, a minute or two of blending and that’s it you’re done! Be sure to scroll down for my tasty chocolate cashew milk recipe along with a few other super tasty, fun flavor ideas. 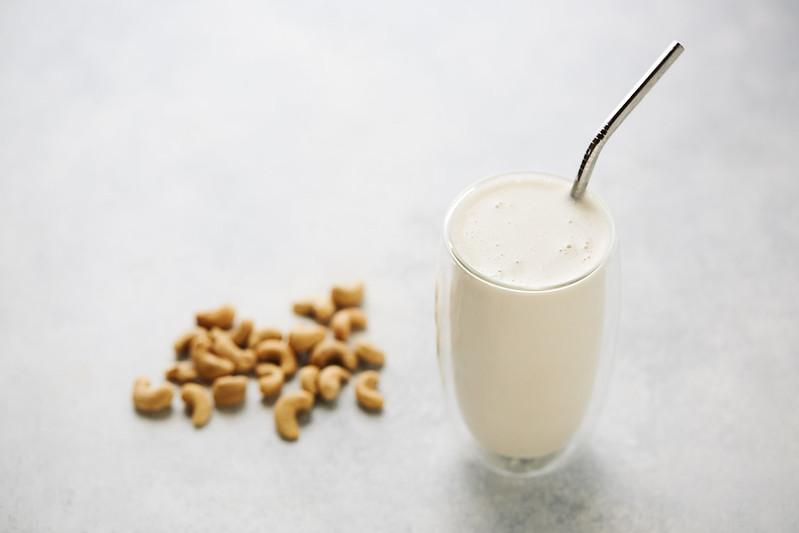 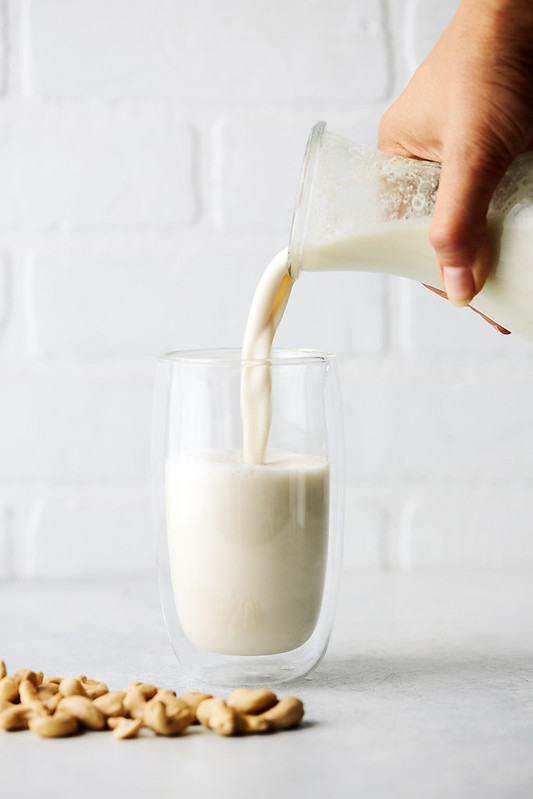 In typical “food blogger” fashion, by way of photos and personal anecdotes it make appear that this recipe is far more complicated than what it actually is. Don’t get it twisted, this is THE MOST simple recipe I may have ever posted. Spoiler alert: to make cashew milk, you need raw cashews and filtered water. THAT’S ABOUT IT! I generally prefer to add a pinch of quality sea salt, sometimes I will sweeten it or add vanilla and I really love my homemade Chocolate Cashew Milk – but in all it’s simple glory you just need water and raw cashews.

I particularly love this cashew milk recipe, because it’s no-strain! No need to fuss with filtered or straining, no nut milk bags. Just blend and enjoy. It’s creamy, rich, silky and super versatile.

You all have known for years that I generally prefer to avoid dairy, I don’t have an intolerance or allergy, I simply feel much better without it. I do OK with some cheeses in small amounts, along with sheep and goat’s milk from time to time, but there is nothing in me that ever feels a desire to sit down with a glass of cold dairy milk. We were never allowed to drink milk as children. My mom was ahead of her time. She knew that dairy can be inflammatory, that the lactose can be troublesome for most folk’s digestion and it can also exasperate respiratory issues. 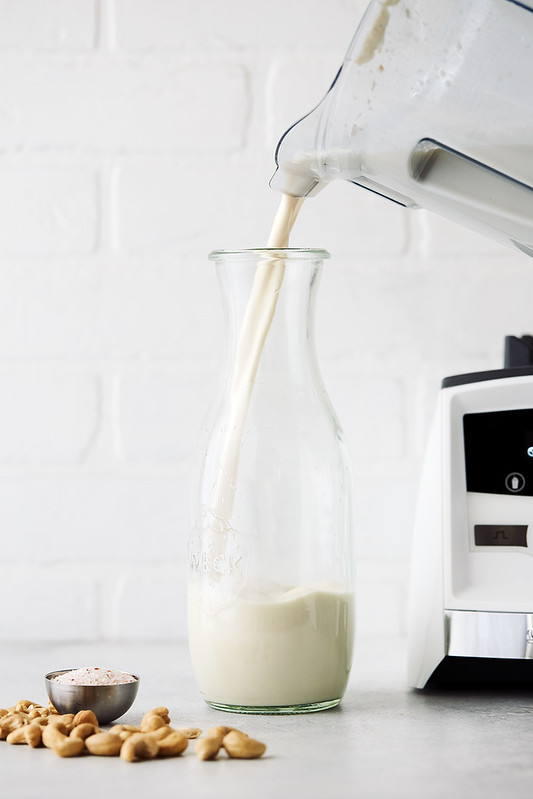 I was sick so much as a child that my mom did absolutely EVERYTHING she could to mitigate the constant illnesses. At our most extreme removal of dairy, my mom wouldn’t even allow it on our breakfast cereal. In the early 80s, almond milk wasn’t exactly a thing you could run out and buy and if there were store-bought non-dairy milks available, something tells me they were far outside of our limited grocery budget. So we just mostly avoided it. Though, I do recall a few years where we had cereal with apple juice, instead of milk (hey, don’t knock it until you try it. Honey nut cheerios with apple juice, is weirdly tasty). All that said, I’ve always remained on the path of avoiding milk. 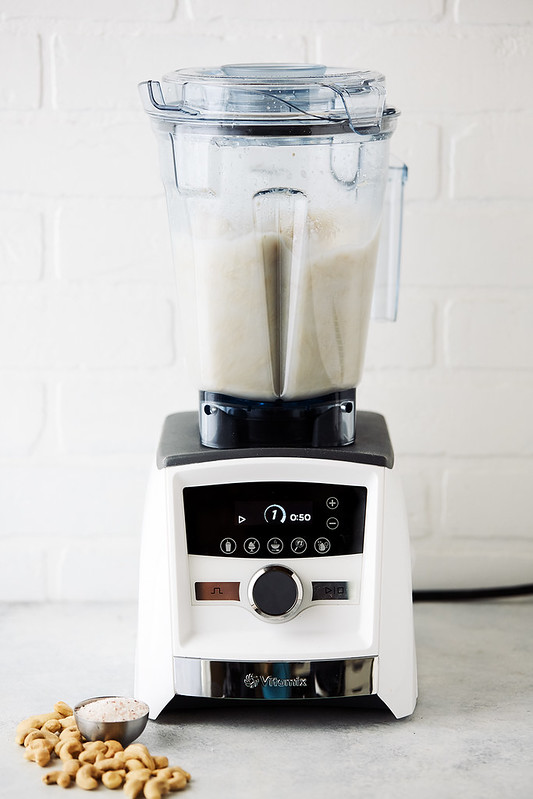 Almond milk was the first homemade nut milk I tried and I was floored at how easy it was to make, but I would still find myself being lazy about doing it, because I hated the nut milk bag, the straining and the cleanup. Cashew milk is by far my favorite nut milk, these days. Beyond not needing to strain it, it’s so much creamier and it has a more mild flavor. Cashews, once soaked, become extremely soft and blendable, resulting in a creamy, rich treat – which is why I use them for homemade cashew cream, in cheesecakes and more. They are so totally versatile.

All that said, you can certainly strain your homemade cashew milk for an even smoother milk, but honestly, I never bother.

As with most other nut milks, you definitely want to soak your cashews, a minimum of around 4 hours up to overnight. This helps to soften them for blending, but it also breaks them down for easier digestion. You can read more about that here and grab a handy chart for easy soak times for most common nuts. 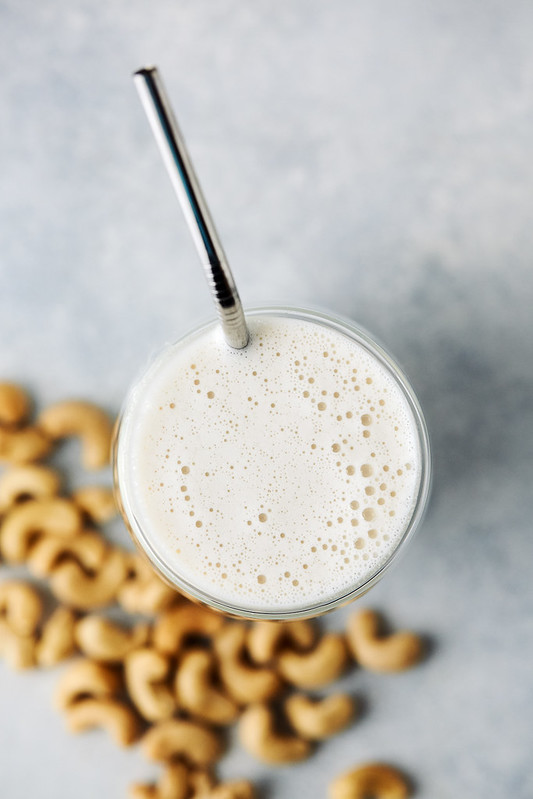 If you have a milk frother, froth it, baby!! I can always get my homemade unstrained cashew milk to froth up amazingly, better than ANY store bought nut milk or creamer. It’s such a treat. 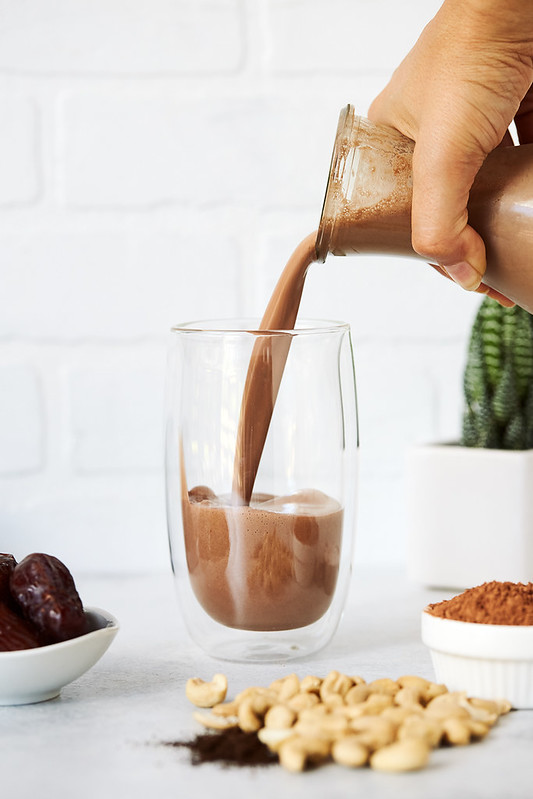 To make a delicious Chocolate Cashew Milk simply add in approximately 1/4 cup of raw cacao (or cocoa powder) along with a sweetener of your choice to the base cashew milk recipe. I find a few soft pitted dates to be a really nice compliment to the chocolate, it adds a little thickness and I love that it’s a more natural sweetener than you’d ever find in store-bought chocolate milks. 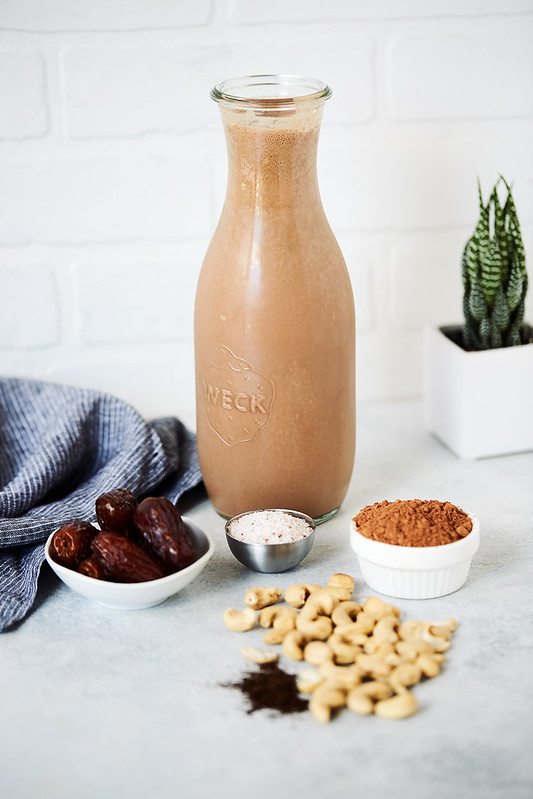 Heat It for Hot Chocolate

Whether in your high speed blender that will heat liquids or on the stove top, heat your chocolate cashew milk to make a super simple, rich creamy hot chocolate. 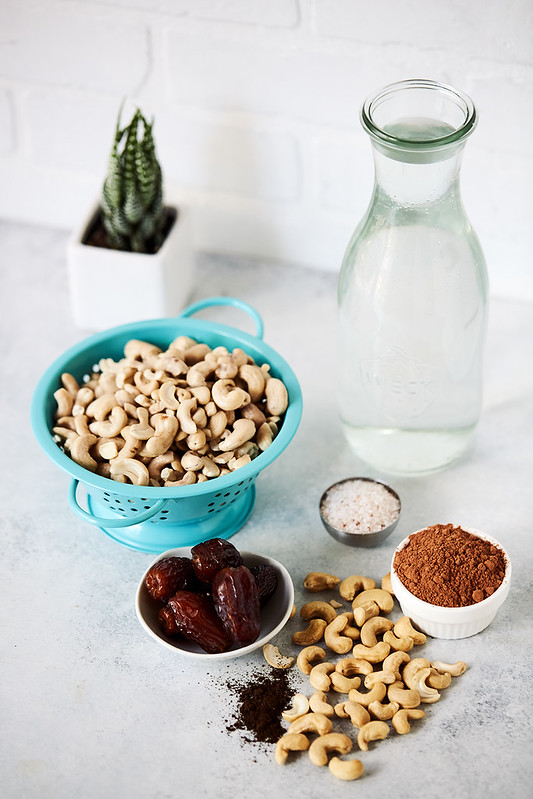 Cinnamon and nutmeg with maple syrup for a spiced cashew milk. Cardamom is also really delicious.

Mint extract or fresh mint and chocolate together are amazing.

Matcha with a little coconut butter or fresh coconut is so tasty.

Share any fun flavor variations you have, below in the comments.

Cashew milk is great in Smarter Smoothies, in lattes, coffees and other drinks, you can add it to sauces and soups to make them creamy and rich, drink it on it’s own, enjoy over homemade granola and so on.

All you need is a good blender! That’s it. I recommend a high speed blender for the very best results for super creamy cashew milk. Vitamix is my preferred high speed blender. Using this link, you, the Tasty Yummies community receives $20 off of your first purchase of an Ascent Series product (pictured above) plus FREE SHIPPING. 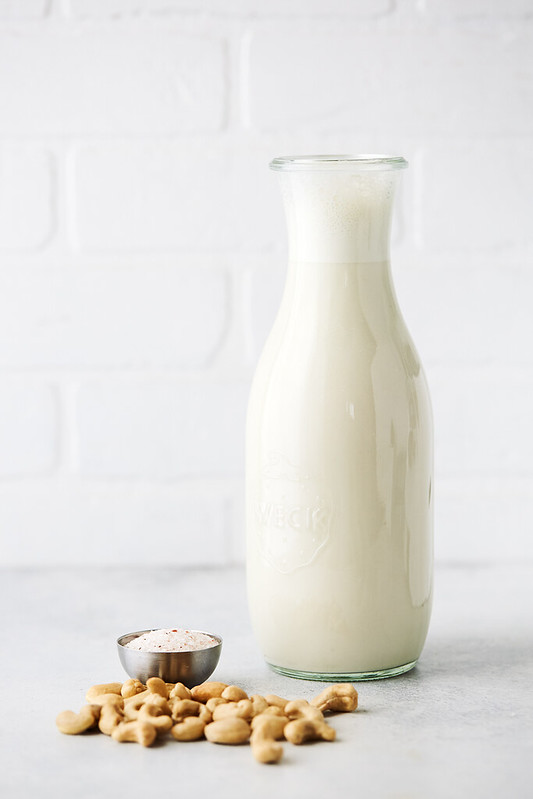 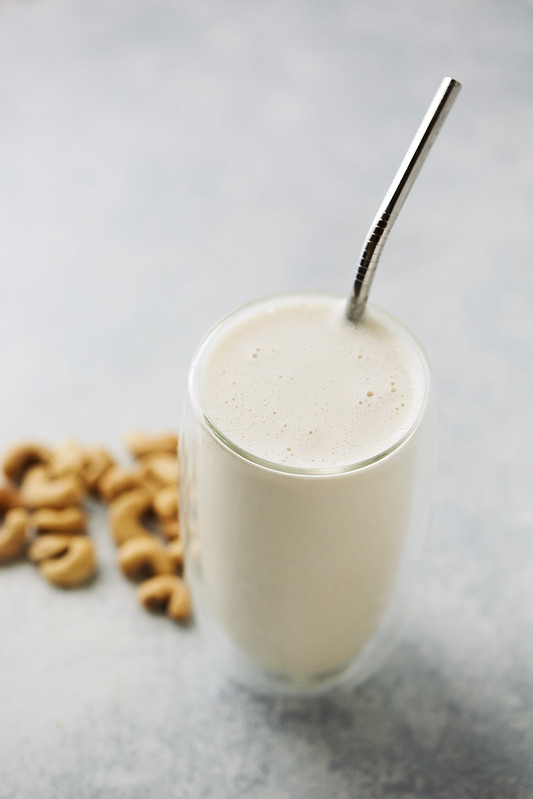