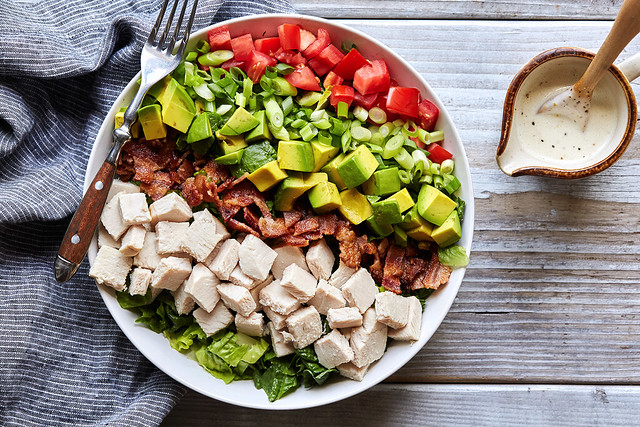 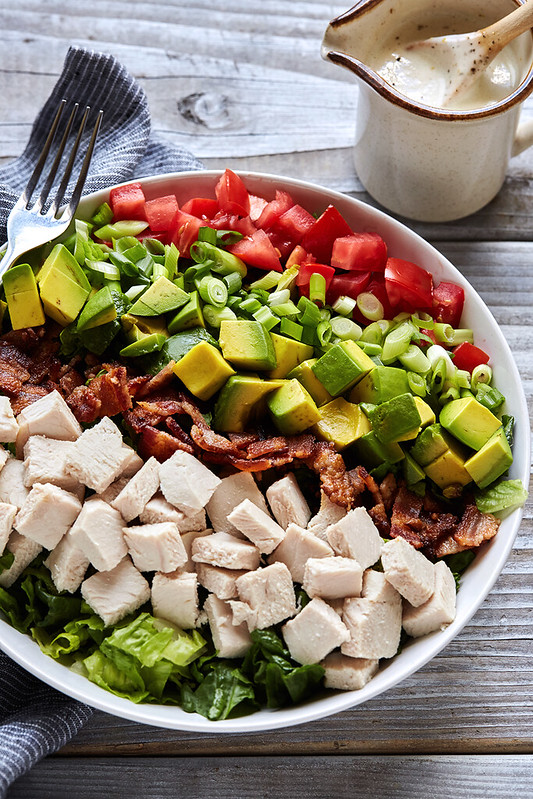 I have jokingly said this before, but I truly, deep down, really mean it. My husband has become somewhat of a muse for me in the kitchen. Or one of my muses I should say. First and foremost, from a heavily selfish place, my own autoimmune conditions, food intolerances and sensitivities are my biggest creative driving force when it comes to recipe development. I also, of course, find so much joy in creating for all of you and your varying dietary challenges and lifestyles. All that said, my husband happens to be one of those more and more rare specimens whom isn’t afflicted with any food allergies or issues. He’s a tank, he can eat anything and everything, he’s healthy as a horse and he generally doesn’t have to worry too much when it comes to food.

He is, as he says it “on the Beth plan”, at home, as I do all of the cooking and I generally don’t hear a complaint out of him. However, when we eat at restaurants some of his decision-making is so far askew from my own and how we eat at home, that I can (apparently) look at him like he has 3 heads, while he orders. It’s mostly a curiosity of how and why he would still want certain things after eating how we do, I am always curious how eating a bunch of starchy, grainy carbs before a meal can feel good, when he generally eats grain-free at home. I get it though, he didn’t exactly sign up to eat this way, it’s somewhat by default. But, I digress, I don’t give him shit, however I do take note. I take these opportunities to know that I can come home and recreate certain foods to be more healthful, to remove some unneeded processed foods and to hopefully win him over with an even better, cleaner version. It’s a game of sorts for me and the winner is always him. 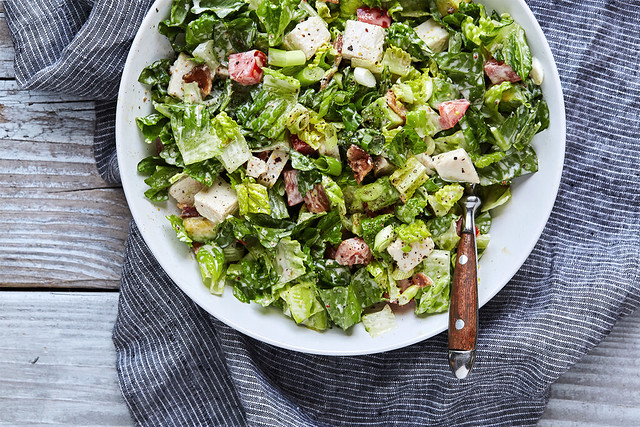 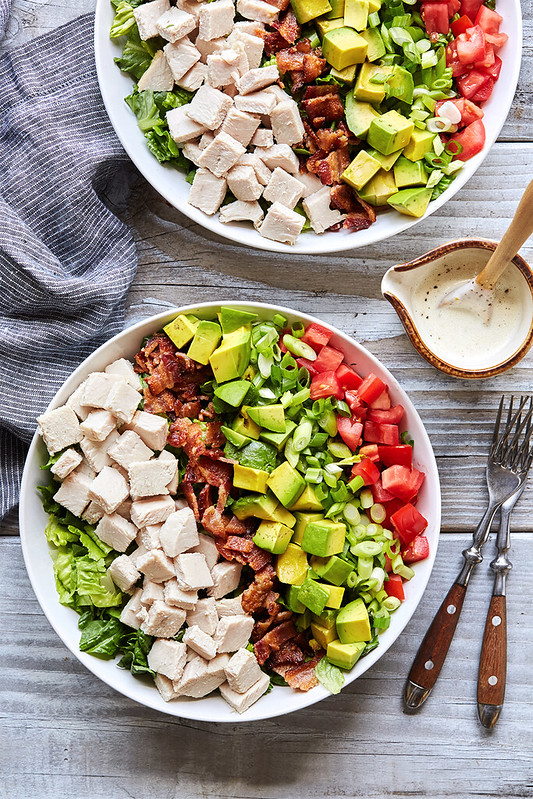 Turkey club sandwiches are one of Mark’s most favorite things to order at a restaurant. Most times they are a double decker sandwich, so instead of two slices of non-descript white bread, it’s three. YAY! Topped with a load of terrifying processed turkey deli meat (unless you are lucky and it’s freshly sliced breast meat), bacon (from lord knows where) and then usually some and “veggies”. Side note: Mark always tries to convince me that the flavorless iceberg lettuce piece and the slice or two of tomato on his club sandwich count as his vegetables for that meal. Finally, usually a standard club is finished with processed cheese and/or avocado and some mayonnaise, maybe a little mustard, if that’s your thing.

Since suggesting to Mark to order lettuce wrapped burgers or sandwiches will generally send him into a fit of uncontrollable laughter finished with a “why?” – I have given up on that in this instance and I instead decided to create a salad version of this popular sandwich, since a big hearty salad with lots of goodies, is another of Mark’s
favorites. 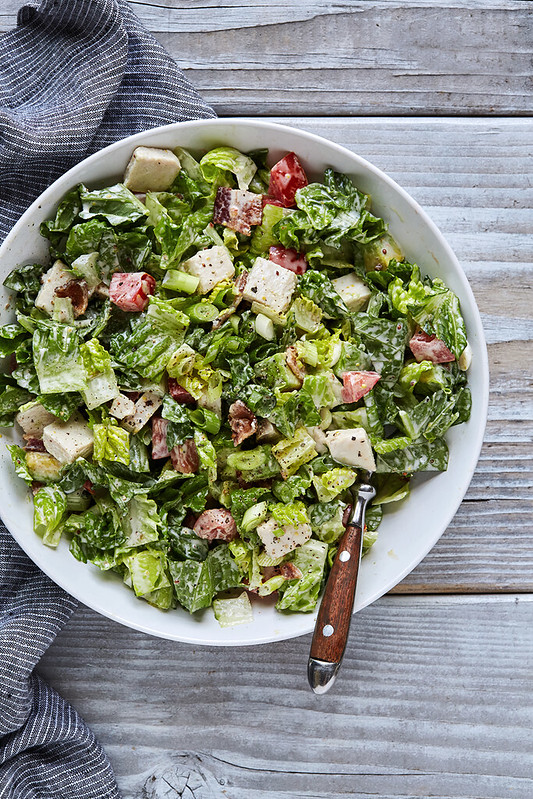 This Turkey Club Chopped Salad with Aioli Vinaigrette is a hearty meal salad. I like to present it all pretty with the ingredients laid out on top, then drizzle with the creamy vinaigrette and give it all a really mixin’. This insures that every single bite has a little of everything. Our local Whole Foods and Lazy Acres (another local natural grocer) almost always have fresh in-house roasted turkey breast in the deli, that they can slice to your desired thickness. I always check to be sure it is gluten-free, since often they add seasonings and when it is, that is my option. I have them thick cut it and I take it home to dice it. You can also buy your own boneless turkey breast, season to your liking, then roast it and slice it. This salad would also be great with Thanksgiving Leftovers, just a FYI, to bookmark this recipe for November. Finally, if you have a standard organic, gluten-free pre-packaged Turkey Breast deli meat that you love, while it won’t be thick cut, it too will work here. As would chicken breast, ham or ham lunch meat or whatever else you are into. 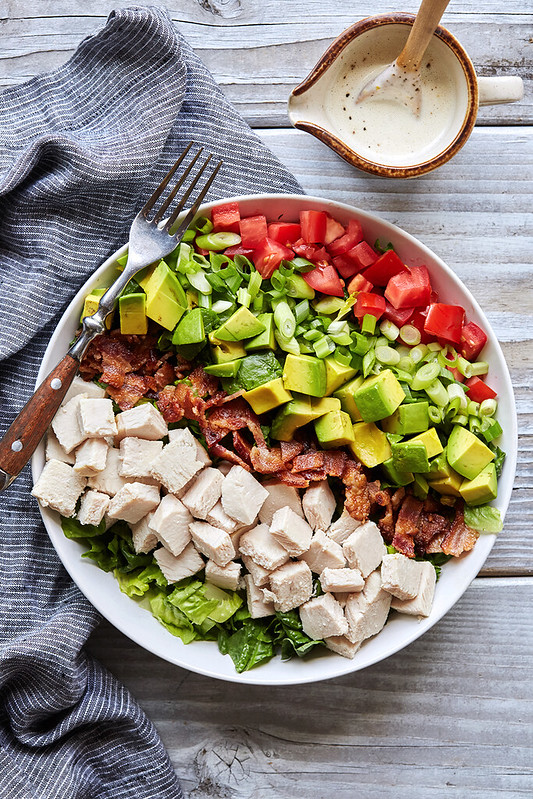