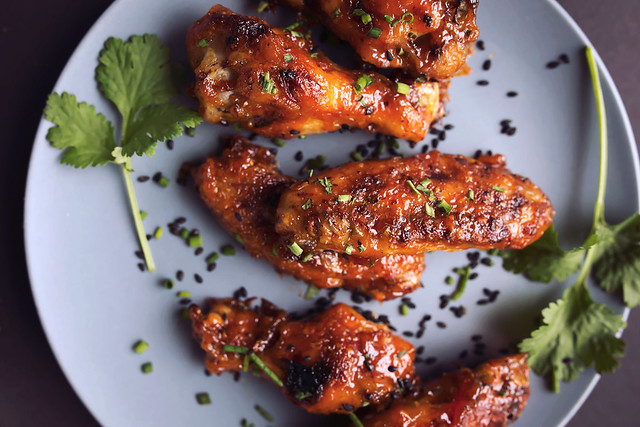 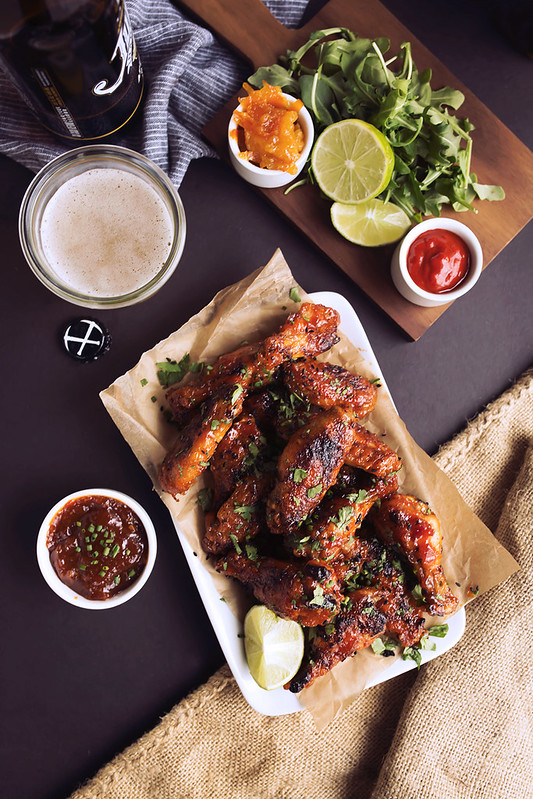 It’s Super Bowl week and according to my hubby, it’s illegal to celebrate the big game without chicken wings! I grew up in Buffalo, spent more than 30 years there and Mark spent the better part of 10 years living there, so we know a thing or two about good chicken wings. In those parts, they make their appearance at nearly every gathering, party, get together and special occasion. That said, traditional Buffalo-Style chicken wings, while always good, we’ve been there, done that. It was time to mix things up a bit. I know what my husband likes so I created this recipe with him in mind, while for me and my love of veggies, I made a second, even  less traditional version, with cauliflower, which you can grab here: Spicy Orange Sriracha Cauliflower “Wings”. 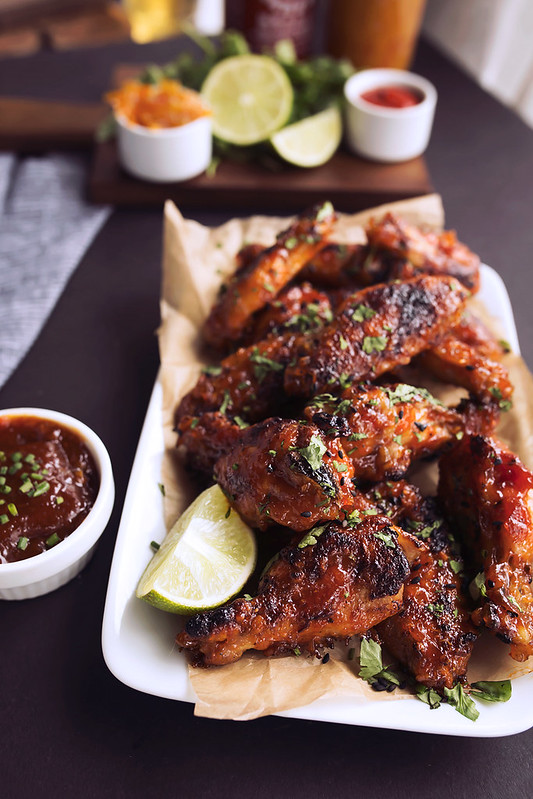 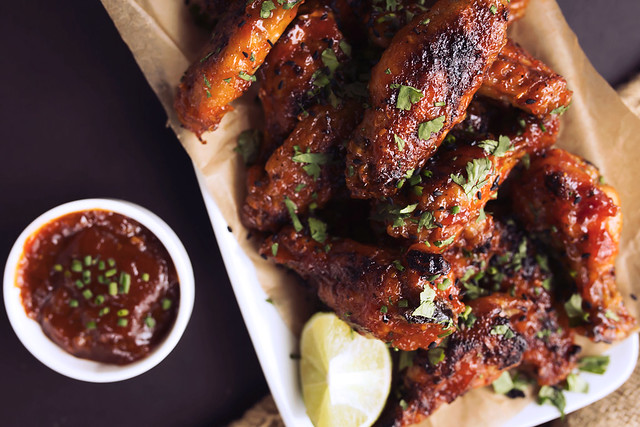 After making several batches of my honey-sweetened orange marmalade this past week, I was inspired to continue creating with it, we have more than enough of it and it’s so delicious I want to put it on everything! This sticky, finger-licking good wing sauce, combines the sweet, tartness of the homemade orange marmalade with the heat from Sriracha! Now that’s a winning team. 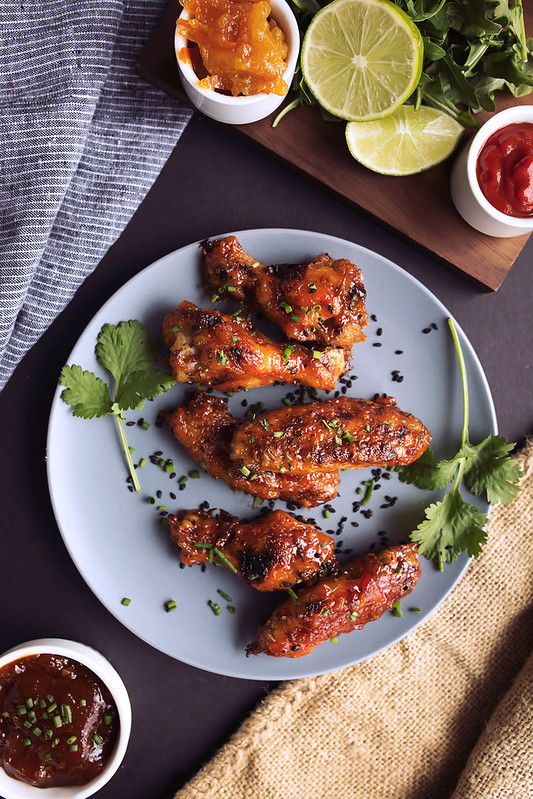 [print_this]Spicy Orange Sriracha Chicken Wings {Gluten-free, Dairy-free, Paleo-friendly}
serves 4-ish (less if these are the only attraction, more if you have lots of other snacks, too)

Preheat oven to 425ºF. Line a large baking sheet with parchment paper. Dry the chicken wings with paper towels and spread out in one even layer on the baking sheet. Brush the wings with the melted ghee and season with salt and pepper. Bake the wings for 45-50 minutes until golden brown and crispy. Halfway through baking, around 25 minutes, flip the wings.

At the halfway point of the wings baking, in a small sauce pan, over a medium-high heat, add the remaining ingredients. Bring to a boil and reduce the heat to a medium-low. Allow to slowly simmer, stirring constantly to avoid burning, until the sauce reduces down and thickens, about 10-12 minutes or so. Remove from the heat and set aside until the wings finish.

Once the wings are done baking, add them to a large bowl, pour the spicy orange sriracha sauce overtop and toss well until evenly coated. You can serve right away, or I like to put the wings back on the parchment lined baking sheet, in a single layer, place them under the broiler for just a couple minutes to crystalize the sauce a bit, brown the wings, bring a little char in some spots, making them extra crispy and darn good. Sprinkle with sesame seeds, fresh cilantro and chives or scallions. Serve and enjoy 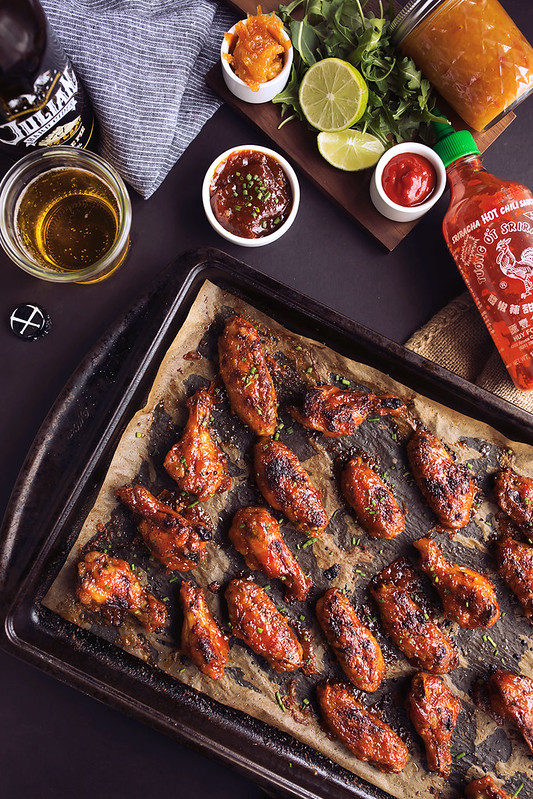