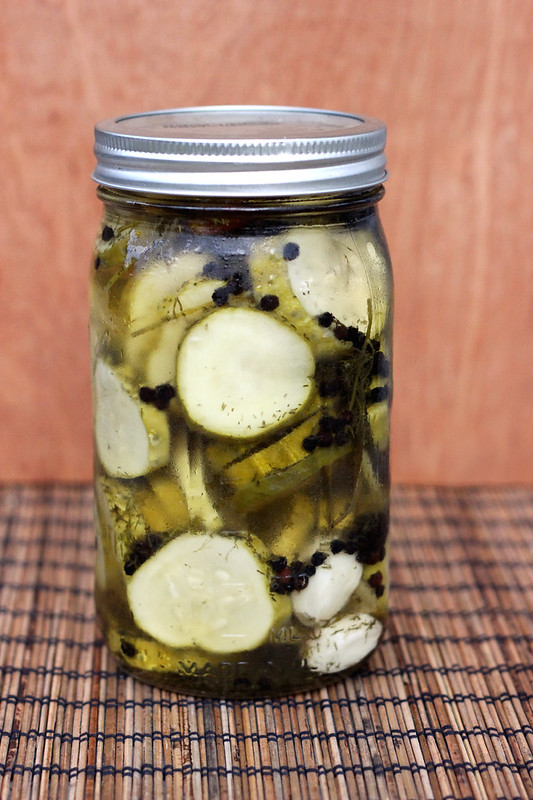 If you have ever been to a restaurant with my husband Mark and I, for a quick bite at a diner, or any type of place that serves sandwiches or burgers, we have a bit of a ritual. Since I am obviously rarely able to order a sandwich at a restaurant, but Mark obviously can and does quite often, we have a little rule where the pickle on his plate is always saved for me. He likes pickles, but he knows how much I love them, so he will gladly gobble up his turkey club and then hand the delicious briney pickle spear or round over to me. Even when I haven’t noticed that he even had a pickle, let alone save it for me, there it is, at the end, waiting for me. What a great hubby I have – he totally supports my obsessive LOVE of pickles!!

I also have been known to order a side order of pickles if a restaurant is known for having delicious ones. There is a place near Austin, Texas that everyone loves to go to for BBQ, it’s called the Salt Lick. They have delicious food, but since I am not a huge meat eater, I usually get a small order of smoked turkey with all the fixins’ and a huge side of pickles. I usually make a small dent in the food and then eat the pickles until I can’t eat them anymore. I have been to Disneyland in California twice now, and thanks to my friend Summer, getting one of the large dill pickles from one of the fresh food carts there is part of the whole experience. They are so delicious and they are best when eaten very slowly, to savor each and every bite. I seriously could eat pickles until my tongue hurts from all the vinegar. They are the best. But not all pickles are created equal. It is very rare that I buy pickles from the grocery store and just eat them at home, they are never quite good enough. A couple of weeks ago, I bought a jar of pickles from a girl at the farmers market and they were incredible. It was then that I realized that I should really just be making my own at home, especially now that cucumbers are in season.

Most summers I usually make a batch or two of pickled peppers with the different hot peppers we grow in our garden, but since I didn’t plant any this year, I am not sure I will be doing it. But when I saw the delicious local gherkin cucumbers at the market a few weeks ago, I knew I HAD to buy some and make refrigerator garlic dill pickles. How could I not? 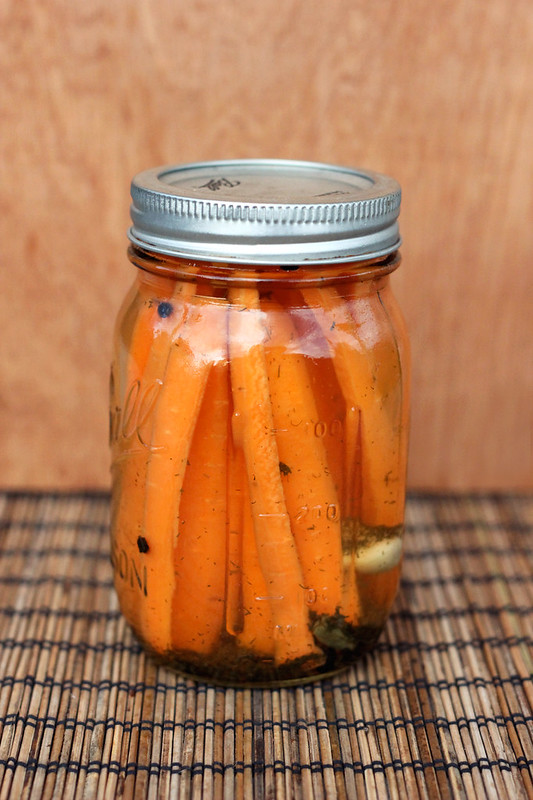 You can play around with the spices in this recipe, too. I added my usual favorites and also tossed in a couple of dried super spicy thai peppers that I had dried out from our garden last year. They brought a very subtle spicy heat, that I really loved. You can omit the peppers all together or add a teaspoon or so of dried red pepper flakes if you don’t have whole dried pepper. Plus, you can use this same brine to pickle other things like peppers, cauliflower or carrots, which I did, since I had some leftover brine. The carrots were amazing and I think I may have eaten them between two sittings.

OK, so who else is obsessed with pickles? I know I am not alone in my love. 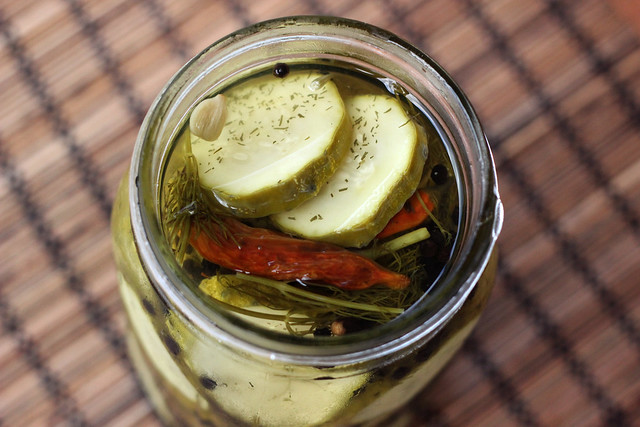 [print_this]Refrigerator Garlic Dill Pickles – Gluten-free, Vegan + Refined Sugar-free
Makes a couple of jars (depends on the size of your cucumbers and your jars, etc)

Clean the cucumbers very well and slice them as thin as you would like them, I would say I cut mine to about 1/4″ thick rounds. You could also cut them into spears or leave them whole depending on their size. Place them in a large glass preserving jar or two smaller jars.

In a non-reactive saucepan, bring the other ingredients to a boil, then reduce the heat and simmer for five minutes.

Remove from heat and pour the brine over the cucumbers. Place the lid on the jar and let cool. Once cool, refrigerate. You can start enjoying them the next day, but obviously they are better after a couple of days. They’ll keep for about 2 months in the fridge.

* This brine is great on lots of other veggies, like carrots, cauliflower, peppers, etc. You can also add onion slices to the jar with the cucumbers, if you wish. Play with the recipe and make it your own.