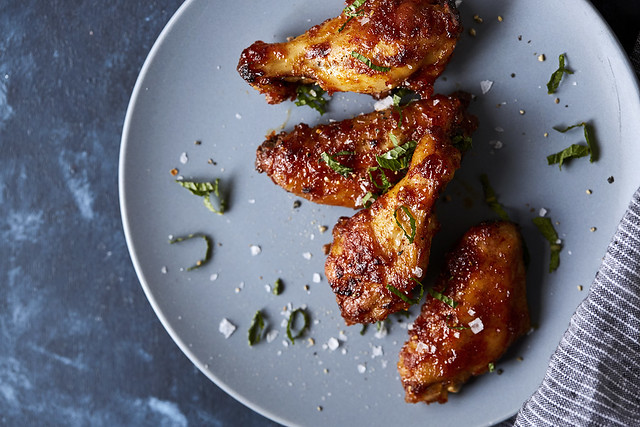 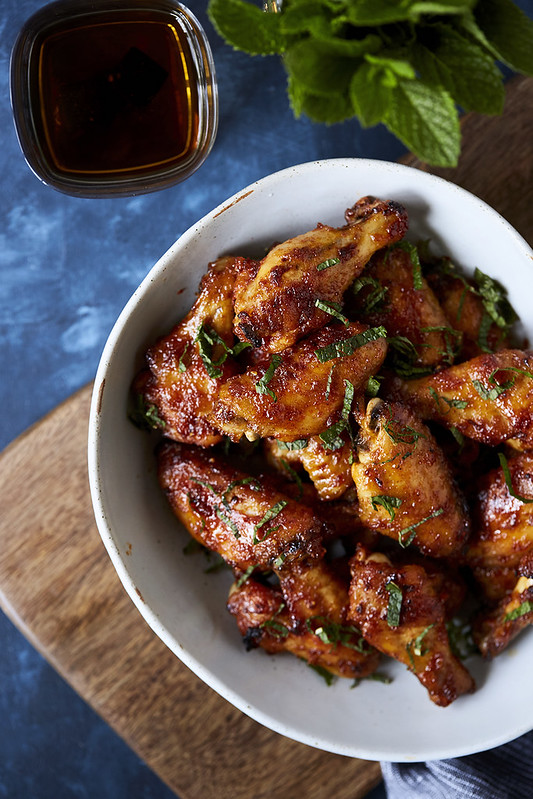 As I sit down to write this recipe I am having the realization that these Maple Bourbon Glazed Chicken Wings in a nutshell are basically a food representation of my marriage and just 9 days before our 10 year wedding anniversary, at that. I would love to act as if this was 100% purposeful in it’s intent, but nope, kinda just a happy accident. But you guys, chicken wings inspired by the Kentucky Derby – it’s like Buffalo meets Louisville. I a Buffalo girl, my husband Mark from Louisville. Nifty. Totally planned (not really).

Tomorrow is the Kentucky Derby and while I could care less about horse racing, in fact I actually have some inherent issues with it from a moral and ethical standpoint, I do have a husband that grew up in Louisville, surrounded by the culture of this 2-minute long historic sport. They party for 2 weeks prior to the Derby in Louisville, there are boat races, fireworks, fancy hats and a plethora of foods and cocktails exclusively served for the Derby. They don’t mess around. 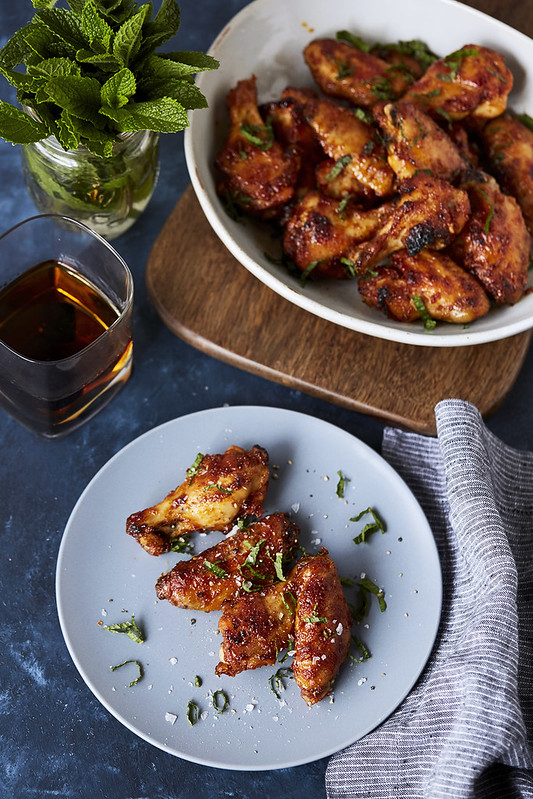 Every year, Mark always feels a general sense of homesickness around Derby time. So, assuming we are in town and able to, not only do we watch the Derby but I make my (very food and lifestyle supportive) hubby his requested southern bites and when we can we actually throw a little party. This year the plan was to throw an epic Kentucky Derby, but it turns out it’s a small gathering with just a few friends and I am really stoked to share this day and some food with good friends.

I am lining up a tasty, yet low-key spread of some of Mark’s favorites. Fried chicken, Kentucky Hot Brown sandwiches, pimento cheese spread, pecan pie and mint juleps. I’ll be tweaking many of these traditional recipes to be a bit more in line with the type of food I cook and how I prefer to eat, but it’s also one day and no one’s gonna die from a little dairy and fried stuff. Don’t worry, I’ll crowbar some sort of green veggie in there too, because #nutrition. 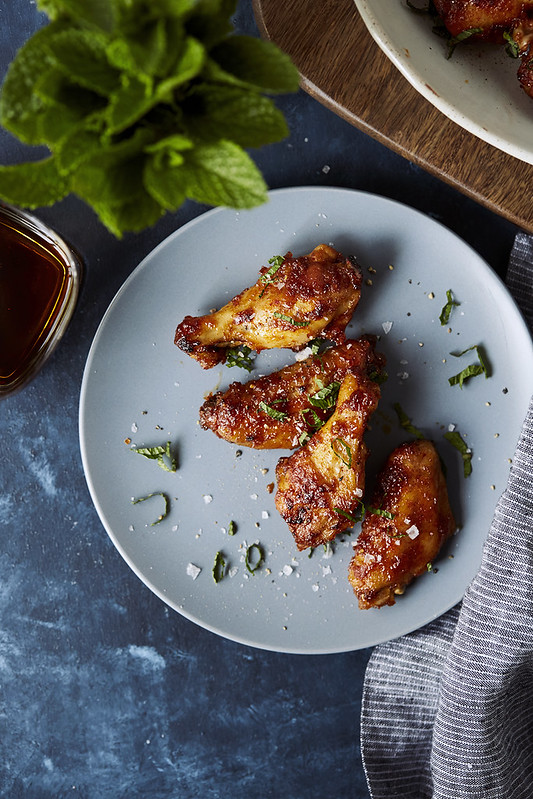 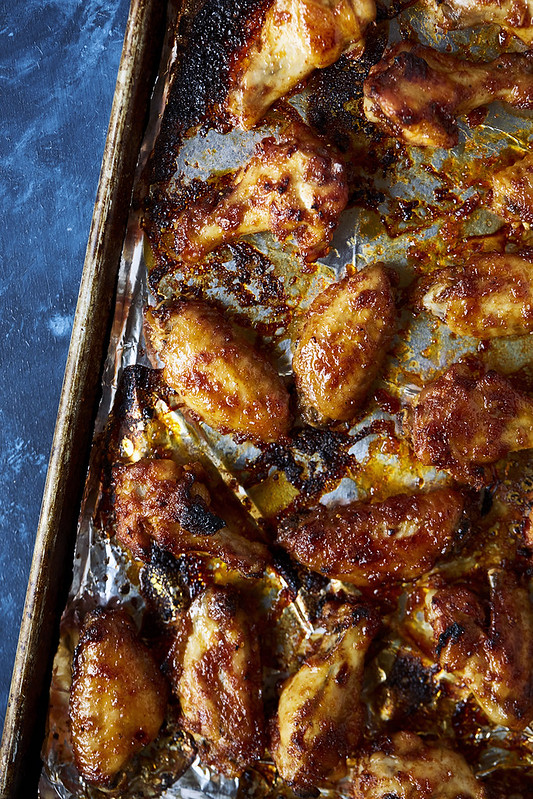 As you can imagine when it comes to food, I generally cannot leave well enough alone and I wanted to create a brand new recipe to share here on the website, inspired by the events and the culture of the Derby, one that veered off a bit from the traditional. Alas, these Maple Bourbon Glazed Chicken Wings were born. With chicken, bourbon, maple and mint, we’ve got most of the major food groups of Derby covered.

These chicken wings are a great main dish or an even better appetizer or snack when entertaining. A perfect game day eat, for sure, no matter the game. They are simple to throw together with just a few ingredients and the final product are sticky, glazed wings with the gentle smoky taste from the paprika and a beautifully balanced flavor of both the maple and the bourbon and with a sprinkle of roughly chopped fresh mint, it’s the perfect bright compliment at the end. Of course, served with a mint juleps or a nice bourbon on the rocks on the side, that’s probably not a bad idea either. #YOLO 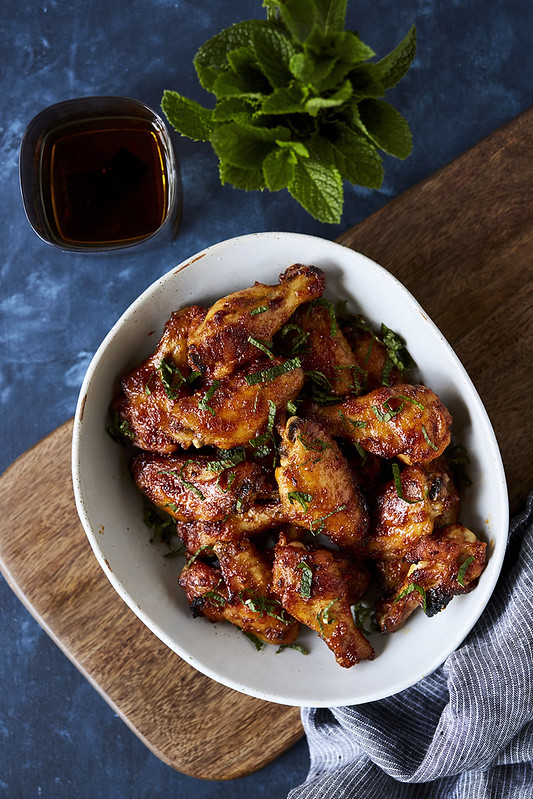 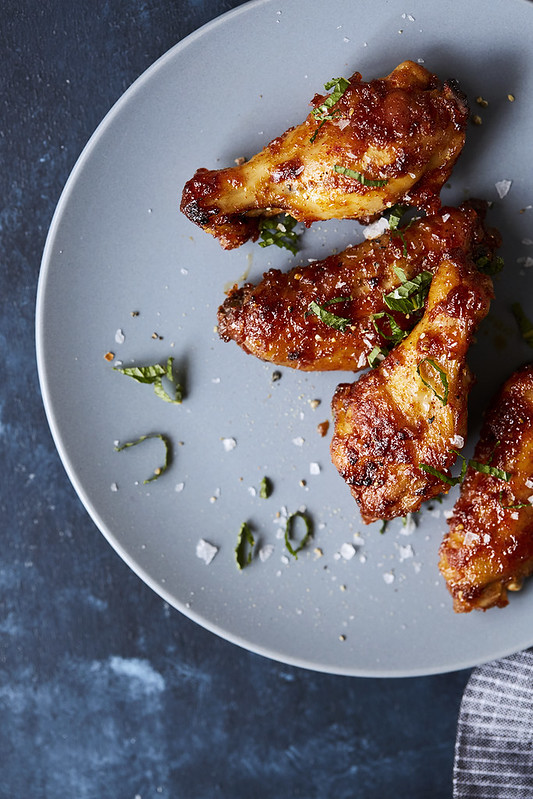