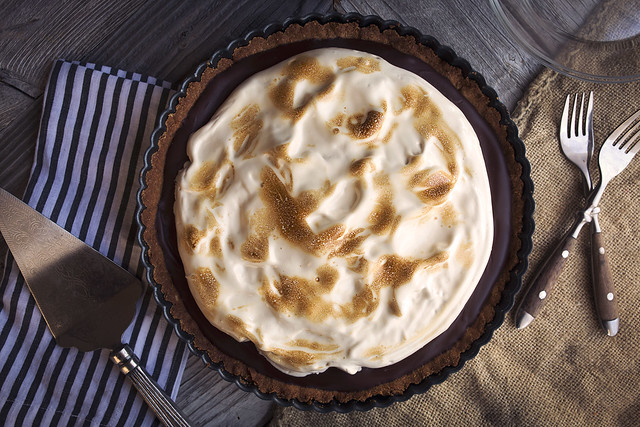 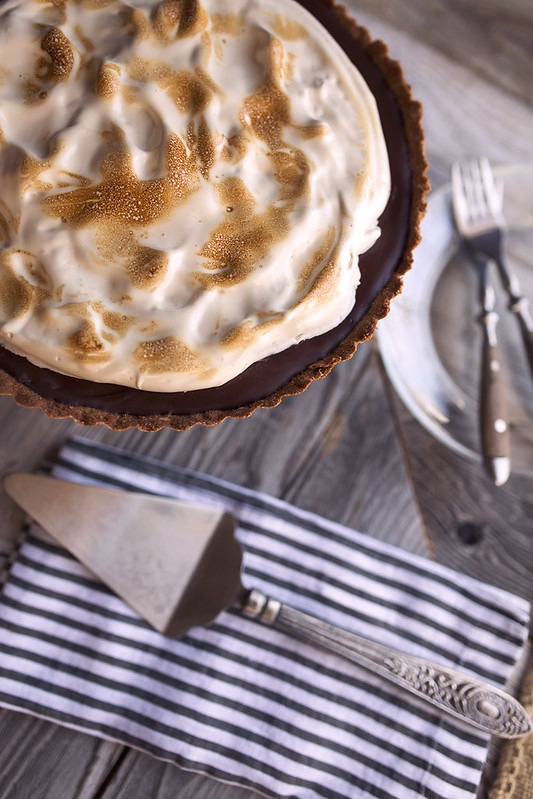 Every once in a while your friends really surprise you. During the holidays we had the pleasure of having our friends Sean and Ruth, visiting from the U.K., while traveling California celebrating their honeymoon. I learned while they were staying with us that they had never had S’mores before. How is that possible? I guess with our freedom comes amazing treats like s’mores.

So, I did what any good American foodie friend would do, I promptly went to Whole Foods, got some organic graham crackers for all them, the best dark chocolate I could buy and the best marshmallows I could get my hands on. I started a fire in the fireplace and I treated them. Their minds were blown! Since I skipped out on buying store bought processed gluten-free graham crackers for me, I have since been craving some sort of homemade S’mores concoction, to get my fix. 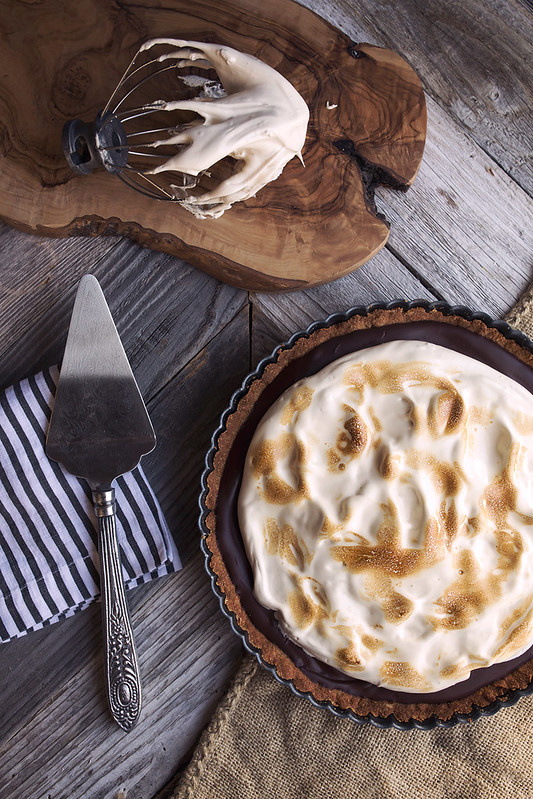 S’mores to me conjure up emotions of childhood, fun and summertime. They bring back family and spending time around the campfire on our big group camping trips. The marshmallows of our childhood, they are scary things. Loaded with corn syrup and chemicals, we always packed the milk chocolate hershey bars, today my foodie snobbery has gotten so intense that as a self-professed chocoholic, if that was the only chocolate in a 50 mile radius, I would pass. What’s a girl to do, but remedy that situation with the best version of a S’mores you ever did see.

The idea for this tart came to me and I instantly thought it would be such a perfect Valentine’s Day Sweet, but to be fair, I just couldn’t wait that long. So here we are. A slightly sweetened spiced graham-inspired grain-free crust, a luscious, rich, super duper dark chocolate layer (I’m talking 85% dark, people) and a lightly toasted, fluffy marshmallow topping! It’s perfection. 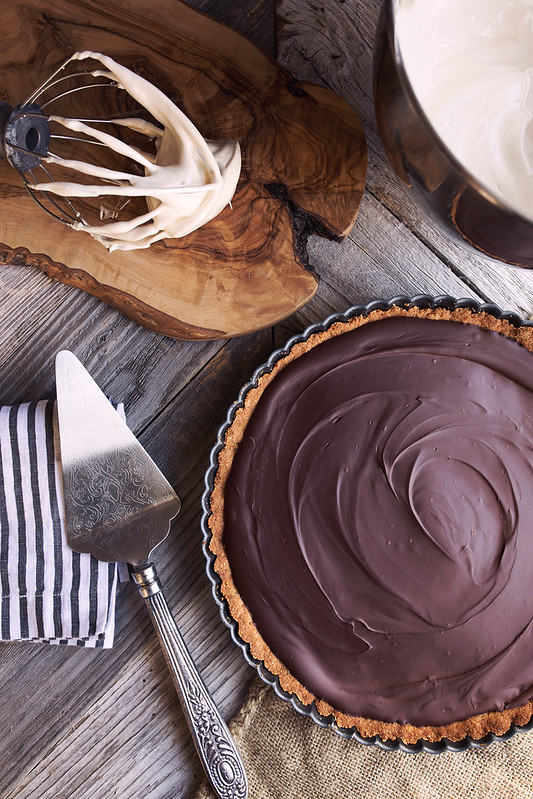 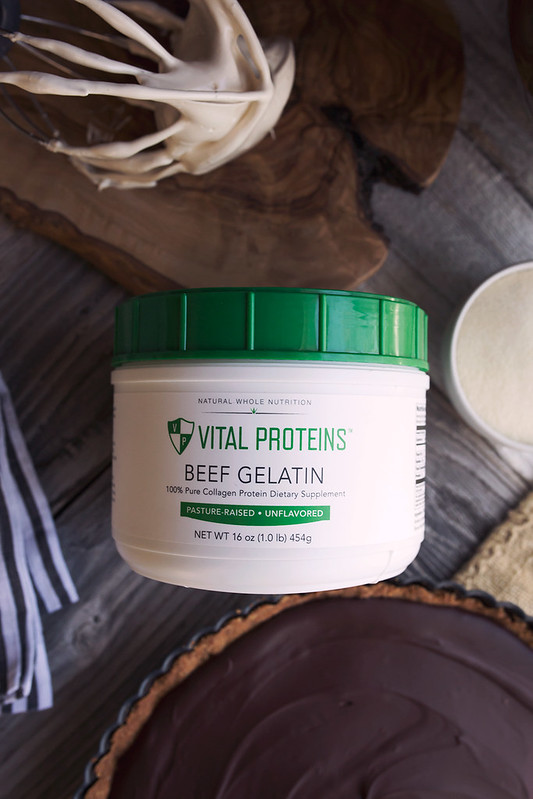 While sweets are a once-in-a-while indulgence and treat, for me, I don’t hold back at all when a craving arises and I wouldn’t dare skip out and drop in some store bought marshmallows for any s’mores, not even a tart. Homemade marshmallows are one of my favorite things and with Vital Proteins’ Pasture Raised Beef Gelatin*, I can trust that they are not only tasty but I am getting some of the lovely benefits of their high-quality gelatin. Of course, beyond delicious treats like this S’more Tart their gelatin is amazing in panna cotta, fruity “jello” parfaits, whoopie pies and more. Of course, you can also just keep it simple and make fruit-flavored gummies or just use it as a thickener in sauces, smoothies or as an egg-replacement. 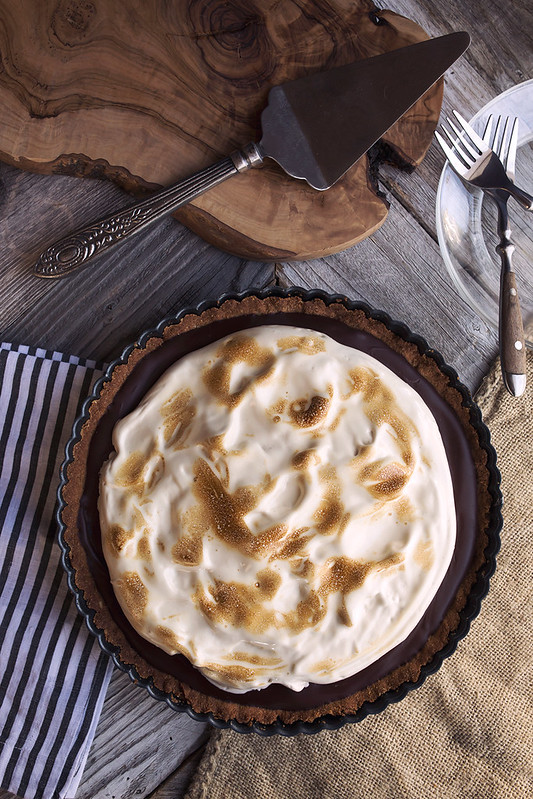 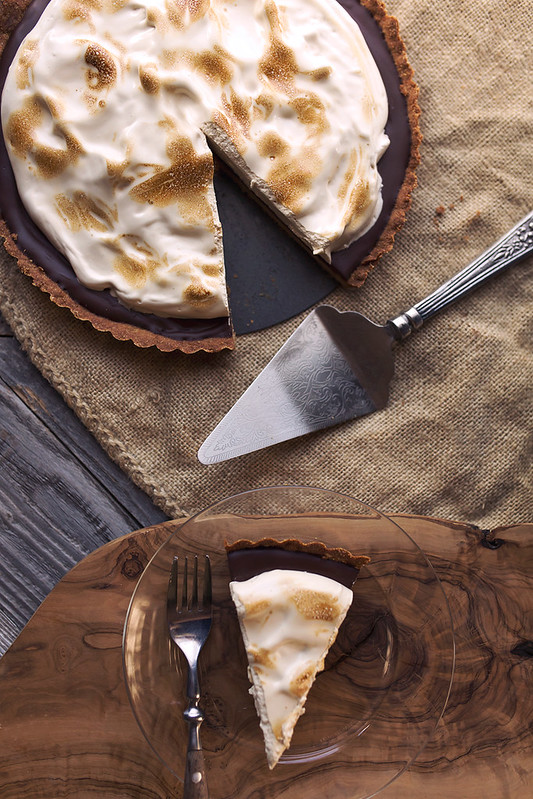 Preheat the oven to 350ºF. Lightly grease a 9 to 11-inch tart pan with removable bottom.

In a large bowl, add all of the crust ingredients and mix very well. The dough will be crumbly like sand and should come together when you squeeze in your hands. Add the crust mixture to the tart pan and press down firmly into the pan, evenly across the bottom and the sides. Bake for 12-15 minutes until golden brown. Let cool for at least 30 minutes.

Just before you are ready to serve the tart. In a large bowl or your standing mixer bowl, evenly sprinkle the Vital Proteins Gelatin over 1/2 cup of water.

While the gelatin is blooming, pour the remaining 1/2 cup of water into a small sauce pan along with the maple syrup (or honey), vanilla bean and the salt. Turn the burner to a medium heat and bring the mixture to a boil.

Place a candy thermometer in the sauce pan and continue to gently boil the mixture until it reaches 240 degrees (the soft ball stage). This should take approximately 7-8 min. Immediately remove the sauce pan from the heat.

Turn your standing mixer to low/med. Slowly pour the syrup mixture into the bowl of your mixer, combining it with the softened gelatin. Turn the mixer to high and continue beating until the mixture becomes thick like marshmallow creme (about 10 min).
Remove the tart from the refrigerator. Using a spatula, spoon the marshmallows topping on top of the chocolate layer. Using the back of the spoon or your fingers, make little peaks, sometimes they stay, sometimes they don’t. Work quickly, the more the marshmallow cream cools, the less it moves. It will firm up. Use a kitchen torch to lightly toast the topping, if you’d like. Serve immediately or keep chilled. 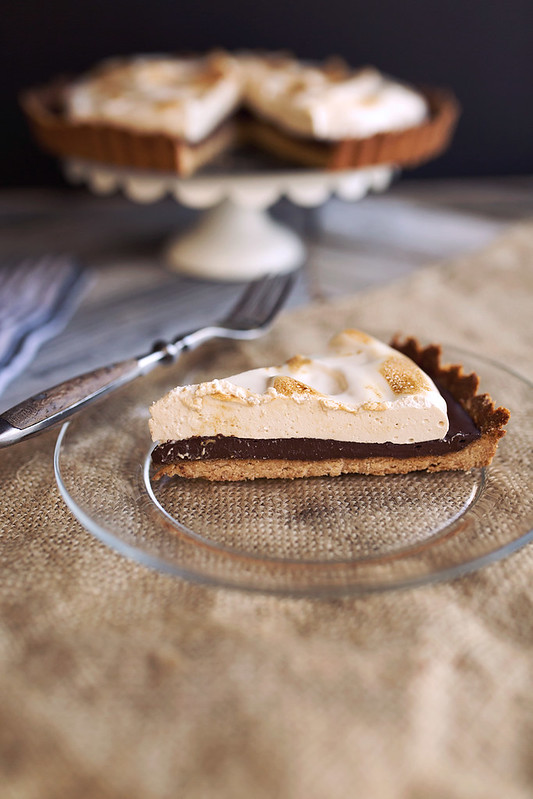 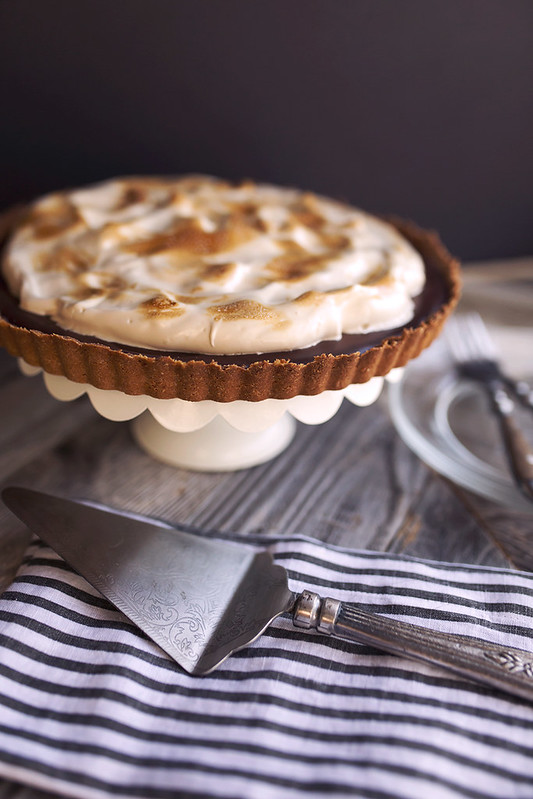 Visit Vital Proteins and use coupon code VPA-9582-180VX-EDIM, when shopping, for 10% OFF + FREE shipping

This is a sponsored conversation written by me on behalf of Vital Proteins. All content, ideas and words are my own. Thanks for supporting the sponsors that allow me to create new and special content like this for Tasty Yummies.