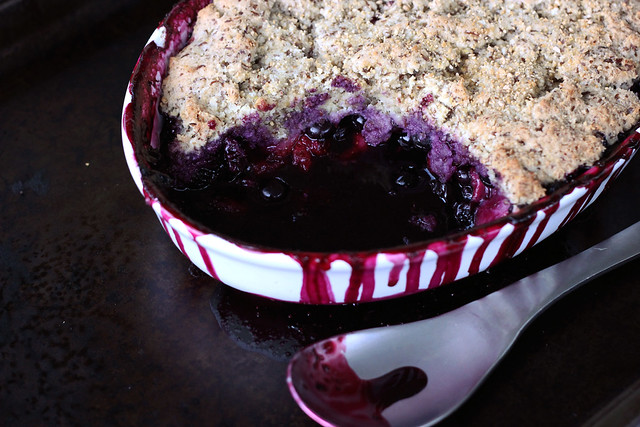 A week or two ago, I came across this amazing grain-free thick pizza crust recipe from Real Sustenance and it instantly peaked my interest. More and more I am amazed by what almond flour can do and the results you can get when baking with it. It is by far my favorite flour these days.

When I saw the photos of that crust I couldn’t wait for my order of almond flour from Honeyville to come  in the mail. Oh and what a painful wait it was this time. This wait made me realize I should really stop waiting till I am totally out of almond flour to order more. Once the almond flour arrived it immediately became pizza night at our house and I made a version of my vegan hummus pizza with this new crust recipe. Oh my goodness! Best gluten-free pizza crust I have ever made at home, actually, best gluten-free crust that I have ever had anywhere. It was fluffy, soft and thick, and it has a nice subtle crisp to the outside of it. It was perfect and I couldn’t believe it was totally grain free. 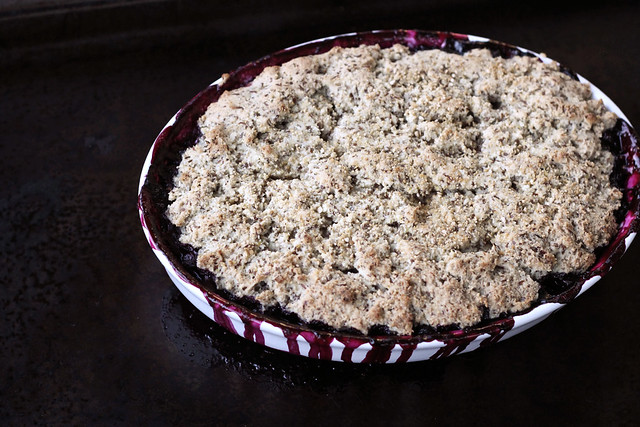 As soon as I took a bite I couldn’t help but think about what else I could come up with to do with this dough. That is when I realized I needed to adapt the recipe to make a cobbler topping. It was perfect for it. I wanted to play around a bit to make it vegan, so I replaced the eggs with flax-seed eggs and I also used coconut oil instead of olive oil, plus I of course had to add a little sweetness, so I went with my go-to maple syrup. (feel free to use whatever sweetener you prefer, though) 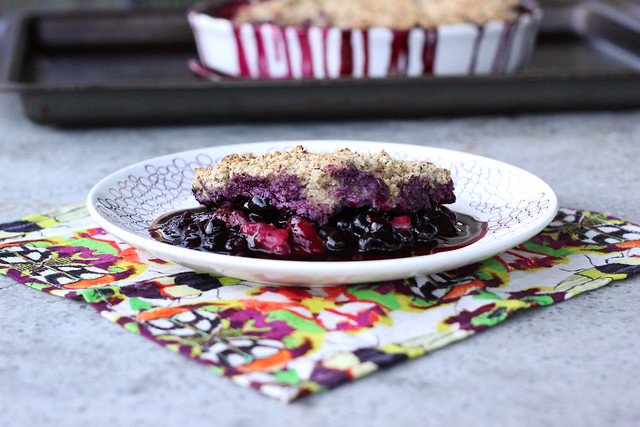 This cobbler according to my hubby, is THE best cobbler I have ever made and maybe one of the best cobblers he has EVER had anywhere. Then he declared it might just be the best gluten-free dessert I have ever made. Mark hails from the south, so for him to not just eat my cobbler but to rave on and on about it, has to be the best compliment he could give. He is a harsh critic of cobblers and I have seen him push aside sub-par cobblers if they weren’t to his liking. And don’t even get him started on crisps, he doesn’t understand them and wishes they would just be a cobbler.

The crust on this cobbler is thick and almost biscuit-like but not at all heavy or too dense. The flax seed eggs besides helping to bind also provide little golden flecks of color and texture in the crust that really makes it feel rustic, homemade and healthy, all of which it is. You can make this berry cobbler with any combination of berries that you choose. I had planned to use just blueberries, but I had a small amount of strawberries leftover that I decided to slice up and add in. You could also use blackberries, peaches, apples or whatever your favorite fruit or combination of fruits might be. I cannot wait to go apple picking in the fall and to make an apple spice version of this. Oh and like most cobblers, this one is of course be great served warm with a scoop of your favorite vanilla ice cream or even some whipped coconut cream on top. 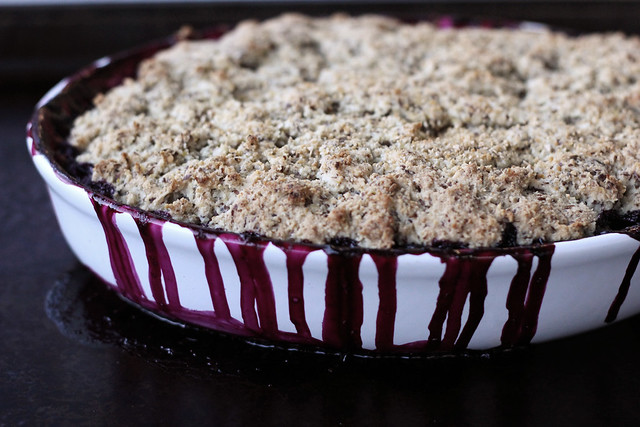 Preheat the oven to 425º F. Grease an 8″ square pan (or something similarly sized) with some coconut oil.

Add the berry mixture to the greased pan and drop spoonfuls of the dough to the top. Spread it out evenly with your hands or a greased spatula. You can leave it as rustic biscuit-like rounds or spread it to one even dough topping, like I did.

Place the pan onto a rimmed baking sheet to catch any berry juice that will run out. Bake for 30 minutes until the cobbler topping is golden brown and cooked through and the juices start to bubble up over the crust. Remove from oven, cool slightly, and serve.
[/print_this]