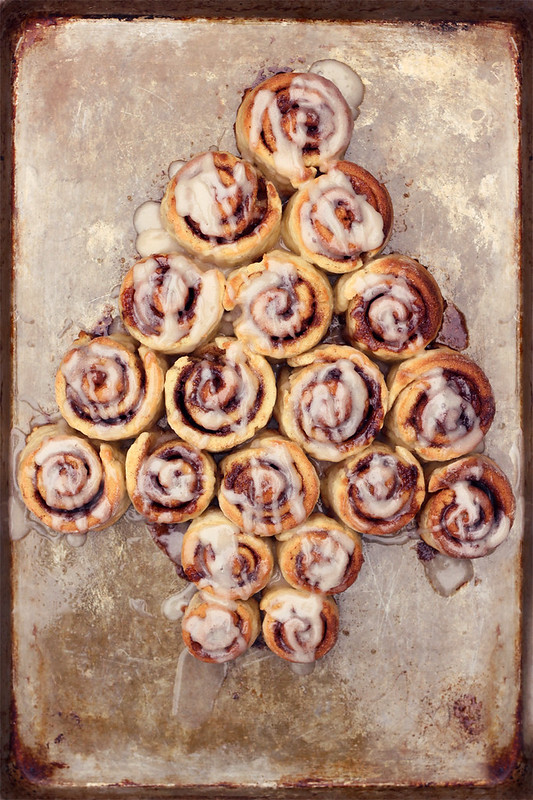 After making the (huge) move from New York to California earlier this year, I knew that the holidays would be an especially hard time of year for missing my family. When the first signs of the season hit, I was instantly an emotional wreck (crying in the decorations aisle at Target, at the tree lighting ceremony at Disneyland… you get the gist.) Since we wouldn’t be making the trip back home this first year, I quickly realized how important it would be to bring my family’s holiday traditions to our new home. 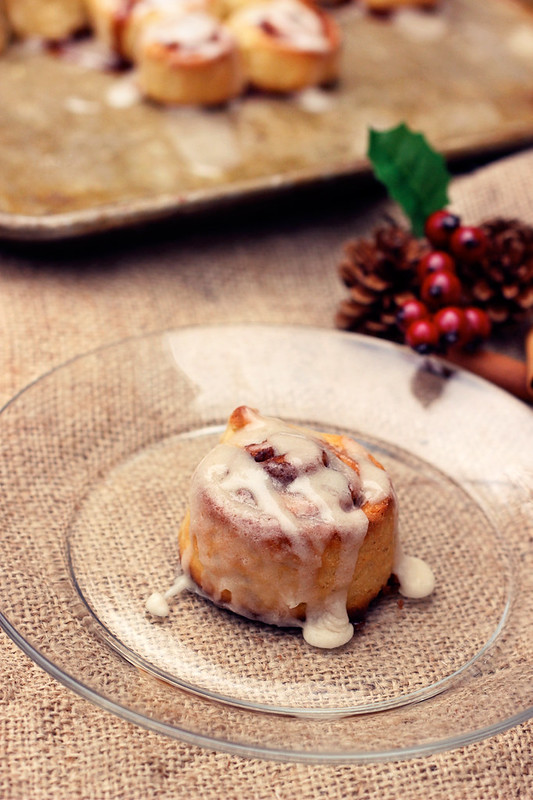 Every Christmas morning for as long as I can remember, my mom would form a batch of her homemade cinnamon rolls into the shape of a Christmas tree. Some years, she would get creative and decorate the tree with sprinkles or color the icing green, but no matter what, they were always in the shape of a tree. The sweet rolls served as a final gift to enjoy together after every other present from under the tree had been opened. It’s the little things like this – 34 years of the same Christmas traditions – that I’m going to especially miss this year.

Since being gluten-free for almost a decade, my Mom and I have attempted GF versions, but it’s been tough to get the recipe exactly right. But even if I didn’t have any to eat, it was enough just to see everyone enjoying them around the table. 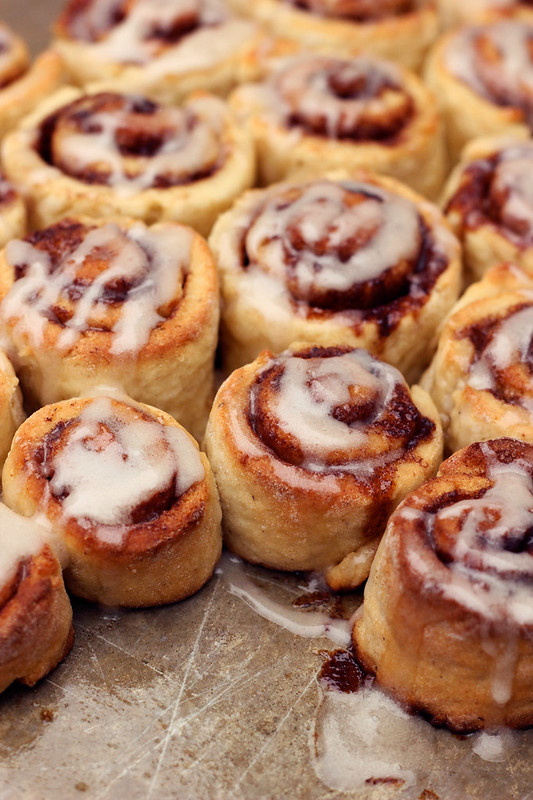 Due to the distance this year, I wanted to recreate my mom’s rolls more than ever, so I started planning early, determined to figure out how to make the recipe just right. I called and texted my mom while I baked, asking questions and sending photos to make sure I was doing it perfectly, and it almost felt as though she was there with me in my kitchen. As I placed the final roll onto the pan to complete the Christmas tree, classic Christmas music blaring through my kitchen, I was completely consumed with tears. We’re talking full-on weeping over a tray of cinnamon rolls, crying as my kitchen was filled with the familiar aroma of home. It may not be the same as the Christmases I’ve always known, but at least I’ll have a small piece of my family with me while we enjoy with these soft and chewy sweet cinnamon rolls.

Does your family have a Christmas morning breakfast tradition? 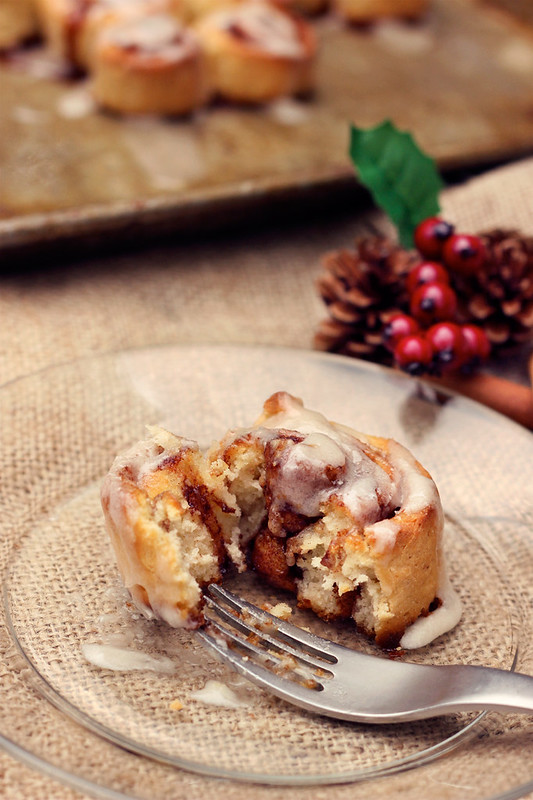 I am so very honored to be sharing this recipe today on Camille Styles as part of her 12 Tastes of Christmas Series.

Get this full recipe for these Gluten-free Cinnamon Rolls here.