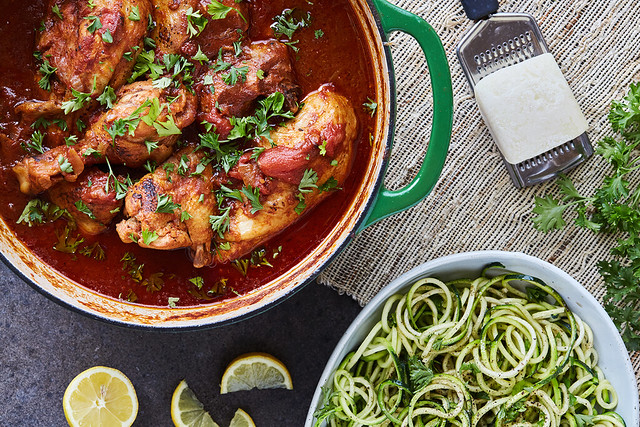 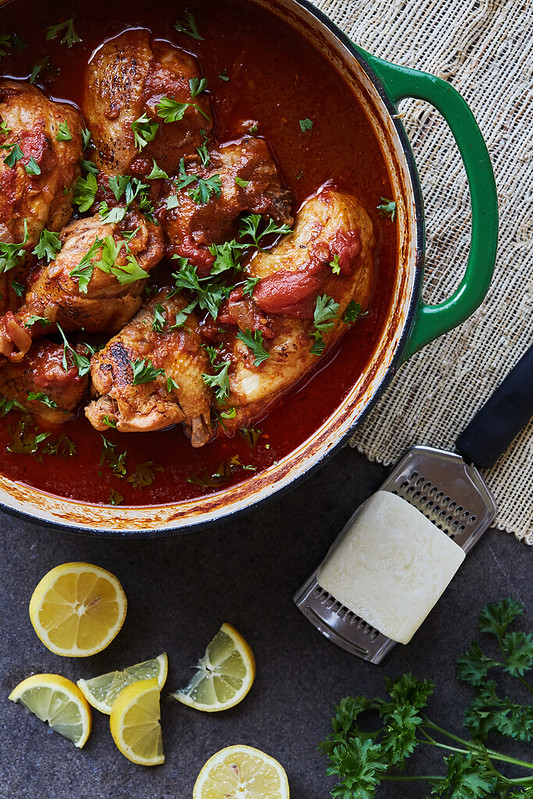 I don’t have the best memory, I never have. I forget things easily, but my memories surrounding foods and scents, especially with family – those are strong. I still remember the very distinct aromas of my Great Yia Yia’s home. The basement often smelled of chocolate, the living room of butterscotch candies and the kitchen, of so many amazing Greek flavors. Sometimes it would be Greek pastries or bread, often there was a stew or soup bubbling away or greens she plucked from the yard cooking down in some tomato sauce. 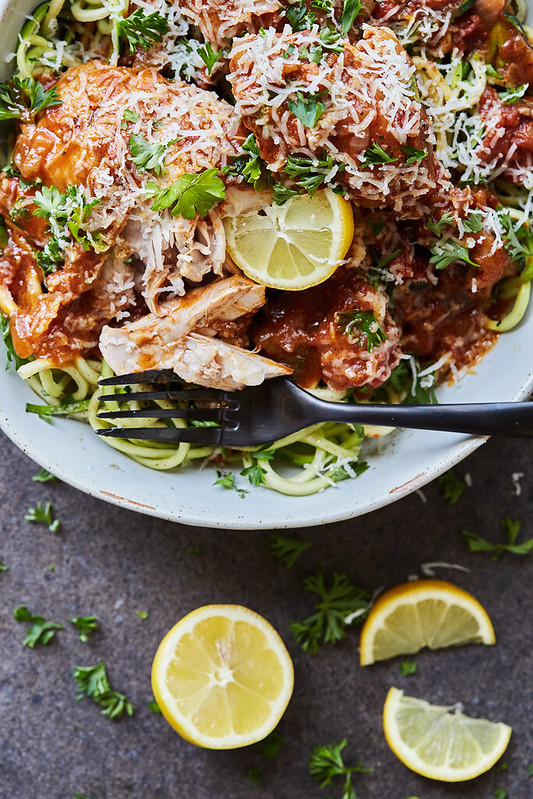 Growing up in a Greek family meant lots of traditional Greek dishes passed down through the generations, most without a written recipe anywhere to be found. Some dishes, like this one, Chicken Kapama {kah-pah-MAH},  I can still remember both my Great YiaYia and my YiaYia and eventually my parents, making for us. I can very clearly recall the distinct aroma the house would be filled with. The warming, comforting scent of cinnamon when mixed with tomato, to this day warms my heart and brings a smile to my face. This unique flavor combo pops up in several classic Greek dishes and it is a favorite of mine. It smells like home. 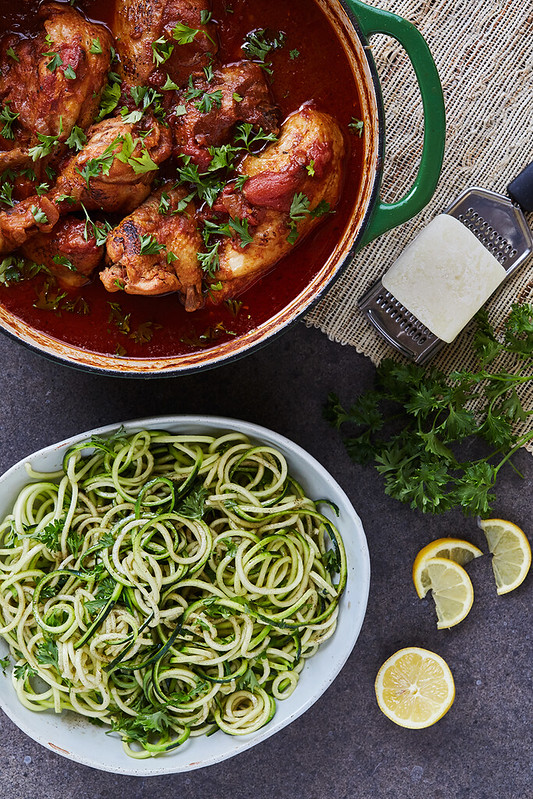 Chicken Kapama is a stew-like dish whose specific spice line-up varies based on the family and their recipe. My Great Yia Yia never wrote her recipe down, but at some point a recipe was haphazardly written down by her daughter (my YiaYia) from memory, based on what it was thought that Great Yia Yia put in her Kapama. She apparently used a traditional pickling spice blend for her spicing, according to this very sparse recipe. I have also seen versions that include allspice, some feature cloves, but most if not all, feature cinnamon in this delicious slow cooked tomato based sauce.

The subtle taste of cinnamon with the braised chicken, tomatoes, onions and garlic bring the most incredible aroma to your house and it’s instant comfort as you bring the fork to your lips. My family has always served this saucy one pan meal over spaghetti tossed with burnt butter and grated cheese. To drop the grains, I serve this with zucchini noodles that are quickly cooked in a hot pan (but a mere 2 minutes) then tossed with burnt butter (to keep the tradition alive) and I love topping it with grated Kasseri cheese (a Greek sheep’s milk soft cheese), it’s mild and buttery and such a perfect compliment to the dish. You can also opt for romano cheese, if that’s easier to find or leave it off, if you’d like. 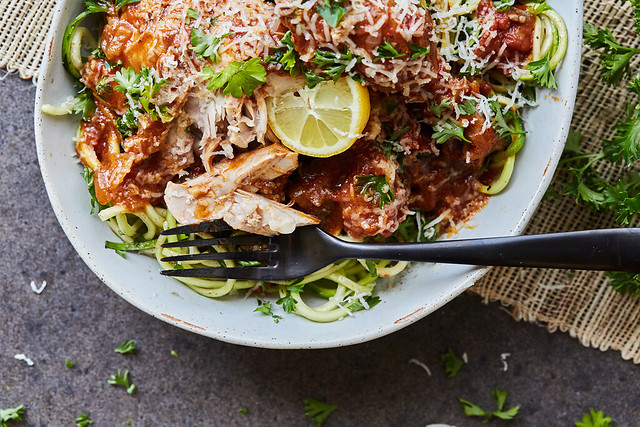 Rinse and pat dry the chicken parts. Season with salt and pepper and a sprinkle of ground cinnamon. Heat the olive oil and butter in a dutch oven or other large pan over a high heat. When the oil is hot, add the chicken parts (working in batches if necessary, so as not to crowd the pan, which steams the chicken instead of browning it), brown the chicken about 4-5 minutes per side, when nicely browned on all sides, remove the chicken from the pan and continue browning the rest. Pour off any excess oil, leaving about 2 tablespoons in the pan.

Lower the heat to a medium-high and add the onions. Cook for 2-3 minutes, until soft, then add the garlic, cook for another minute. Add the tomatoes, tomato paste, cinnamon sticks and ground cinnamon. Season with salt and pepper. Add the chicken pieces back to the pan. The chicken should be submerged in the liquid, about 3/4 of the way, or so. Reduce the heat to low, cover the pan and allow to simmer for 1 hour, stirring gently or shaking the pan from time to time, to move the chicken around. After 1 hour, remove the lid, and allow to simmer another 30 minutes, so the sauce can reduce slightly. If the sauce gets too thick at any point, you can add a little water. Cook until the chicken is tender, thoroughly cooked and nearly falling off the bone.

Serve over pasta, noodles or zucchini noodles tossed with brown butter, if you’d like, garnish with fresh parsley, a squeeze of lemon and grated cheese of your choice.

you can use all olive oil, if you would prefer not to use butter