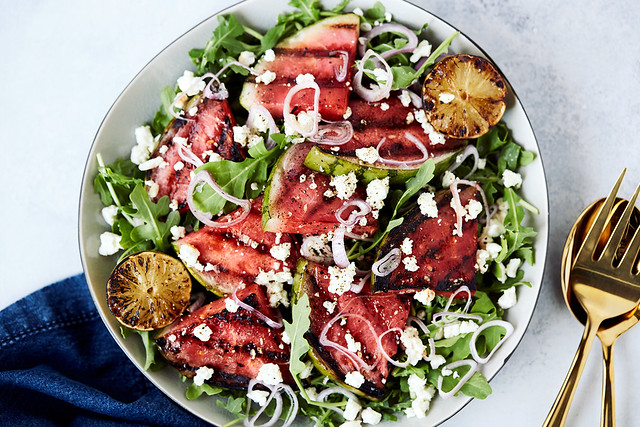 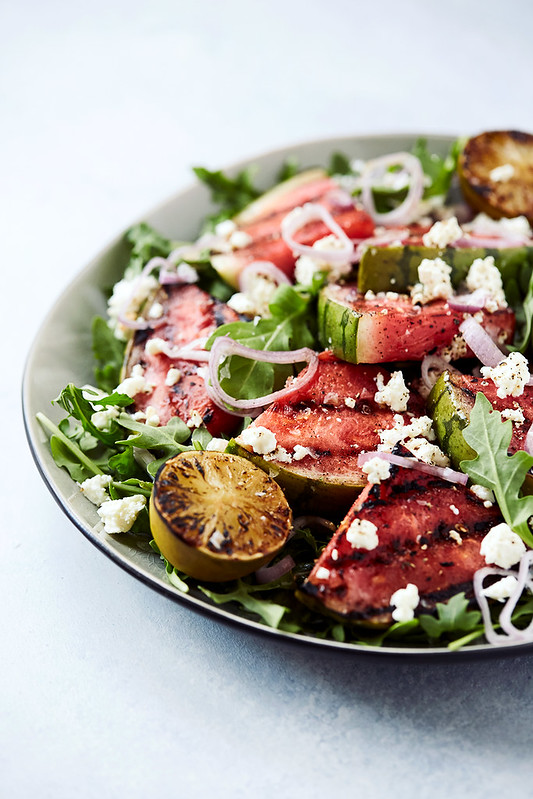 Fruit and I have certainly had our ups and downs over the years. I like to describe our tumultuous connection using the Facebook relationship status of “it’s complicated”. In the past couple of years as I have worked very, very hard to get my gut issues under control, despite the usual suspects, I have come to find that many fruits, especially those highest in fructose to be one of THE biggest triggers in my chronic bloating, gas and general gastric upset.

This isn’t exclusive to me and it’s actually quite common with folks that struggle with bacterial imbalances in their gut, SIBO, leaky gut, etc. Fruits high in fructose can cause fermentation in the gut, which can lead to some not-so-pleasant after effects. 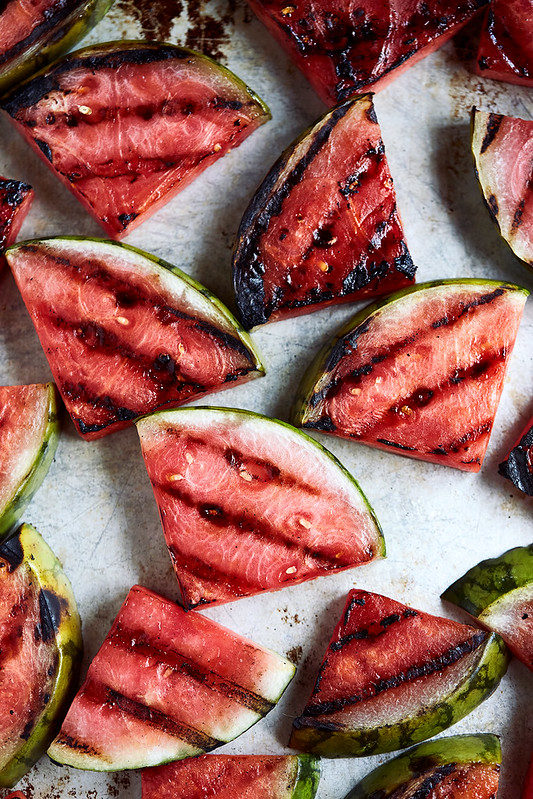 It took me some time to discover that fruit was one of the biggest culprits and more, it was hard for me to understand how a nutritious, healthful whole food, like fruit could be create such gnarly side effects. Seemed wrong. It was in experimenting with a low FODMAP protocol that I found some of the greatest relief and while there are still some fruits today, that I have to be careful with and mindful of how much I consume, it has changed so significantly over the last few years as I have worked hard to heal my gut and get my gut bacteria in better balance.

I do still very take my fruit consumption with a moderation approach, both for my gut and for blood sugar reasons (read more about fruit and the blood sugar response), as I have definitely become aware that I an sensitive to carbohydrates of any kind. I know which fruits that I do better with, so I never go too crazy and I am constantly experimenting to see what works and what doesn’t. Recently, I realized it had been far too long since I had watermelon and I also remembered how freakin’ delicious grilled fruit is, so I thought it was time to change that with an epic salad, of course, because I am always ALL about the salads.

Like peaches or pineapple, grilling watermelon adds a really nice savory depth to the fruit, giving this refreshing summer salad much more flavor than you could really ever dream up, from such a fairly simple combination.

When brushing the fruit with oil, go very very light. It’s just barely enough to keep it from sticking, but too much can make it hard to get those nice charred grill marks. Blotting the watermelon with paper towels also pulls some of the surface moisture up, which also helps with the charring. We use baby arugula here, but you could also use baby spinach or a blend of baby greens, spring mix, etc. I also really love the flavor of fresh basil or mint with this salad. Microgreens or sprouts are a nice, nutrient-dense addition, as well.

If you prefer red onion or green onion instead of the shallots, either of those work nicely, as well. 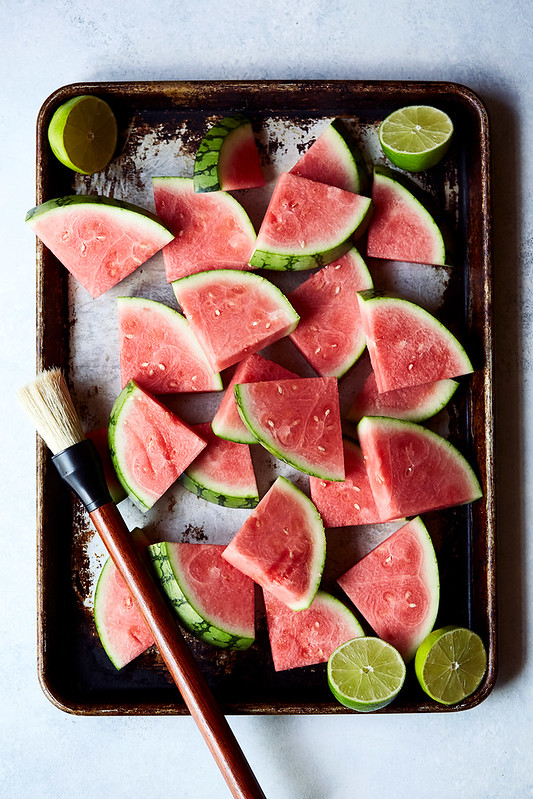 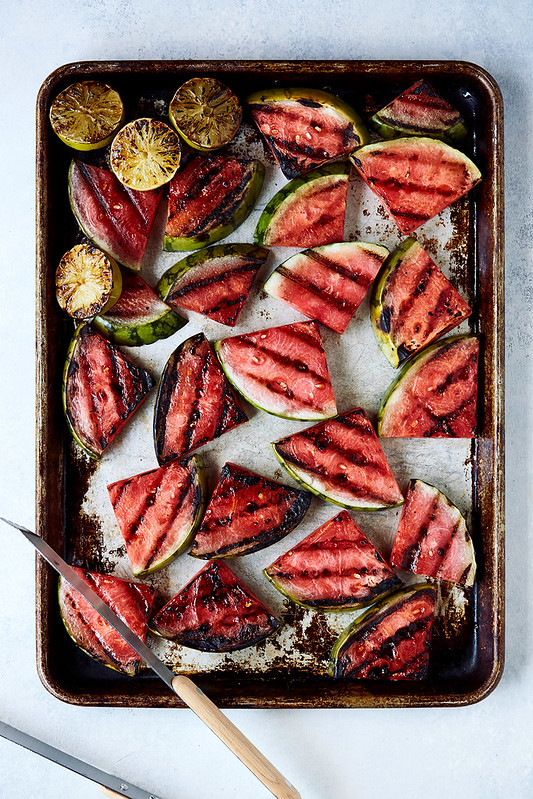 Phenolic compounds in watermelon—including flavonoids, carotenoids, and triterpenoids—make this fruit a really great choice for anti-inflammatory and antioxidant health benefits. If you had to pick a single nutrient from this anti-inflammatory and antioxidant category that has put watermelon on the map, that nutrient would be lycopene. Watermelon has been shown to contain very high levels of lycopene. The lycopene content of watermelons increases along with ripening, so to get the best lycopene benefits from watermelon, make sure that your melon is optimally ripe.

The lycopene in watermelon is a well-documented inhibitor of many inflammatory processes, including the production of pro-inflammatory messaging molecules, the expression of enzymes like cyclo-oxygenase and lipoxygenase that can lead to increased inflammatory response, and the activity of molecular signaling agents like nuclear factor kappa B (NFkB). Lycopene is also a well-known antioxidant, with the ability to neutralize free radical molecules.

Read more about the nutrient profile of watermelon. 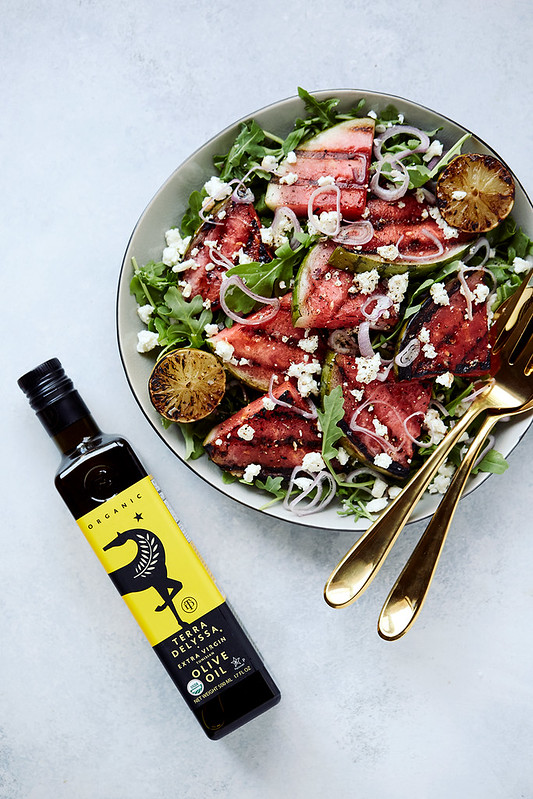 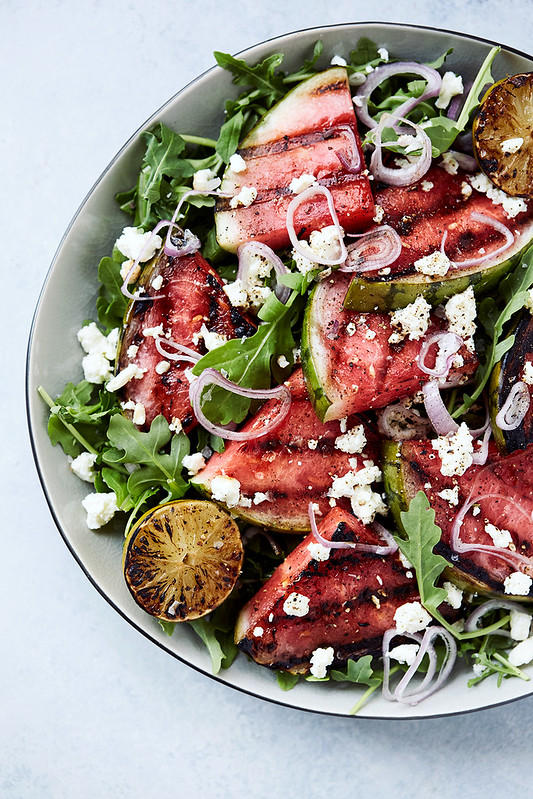 5 from 1 reviews
Grilled Watermelon Salad with Arugula and Feta 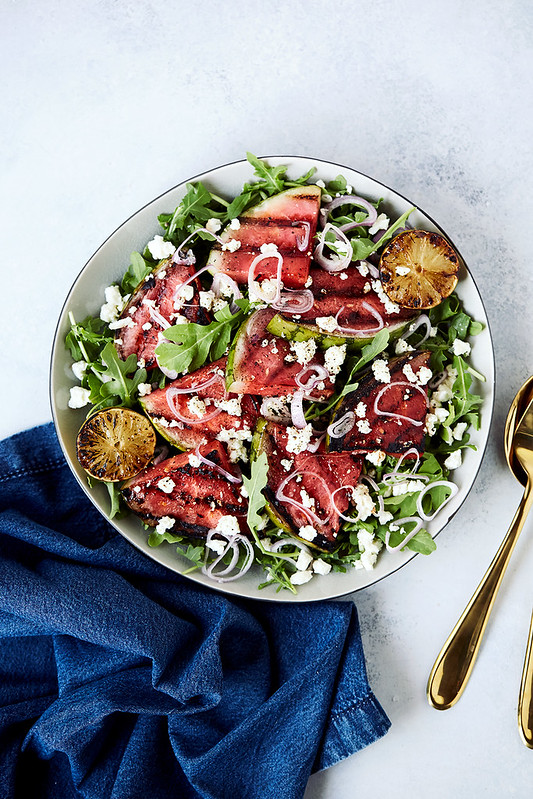 Tip: If you own a panini press, you can make this salad without a grill. Same as with grilling, just make sure to blot the watermelon with paper towels to pull out the surface moisture and brush it with oil.