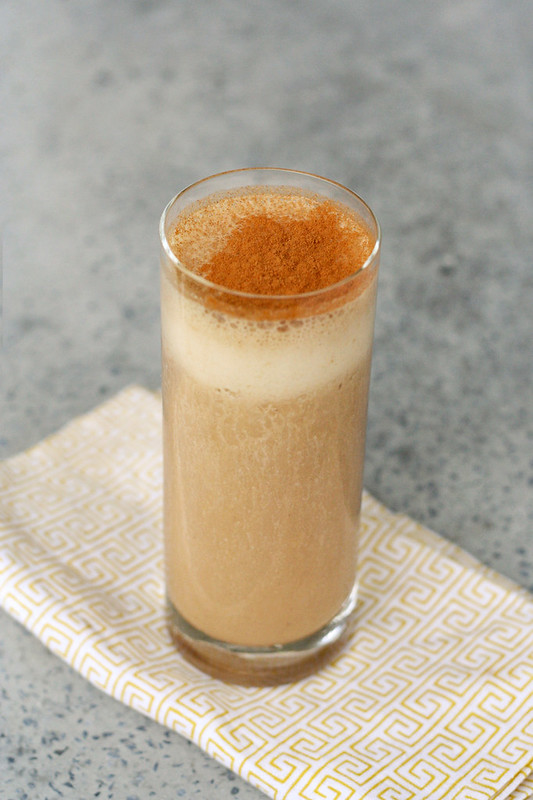 So, this is a short but sweet post. I actually didn’t plan on creating this recipe, it just kinda happened. Hence the single haphazard looking photos! But this was too good not to share. Sunday night I made some homemade raw vanilla almond milk. It had actually been a while since I have made it. I forgot how easy it is and how amazing it tastes. I also made my chai concentrate late last week. When I got home from yoga Monday morning, I was in a bit of a rush to get something into my tummy and to get upstairs to get to work so I thought up the idea of a banana chai smoothie. Once again, like the socca I made last week, I am not sure why I haven’t done this sooner. What a lovely combination of flavors, the rich vanilla flavor, the creaminess from the almond milk and the banana, the subtle nutty flavor and all those delicious spices! YUM!

It has actually been a while since I made almond milk at home. Even though it is super simple, I somehow always talk myself out of it when I am at the store looking at the bulk raw almonds, contemplating it. Somehow it seems easier and quicker to just grab a carton of my favorite organic unsweetened almond milk. Then when I do find the time to make it and take one sip, I remember that it is totally worth it. This time, I also finally made an effort to do something with the leftover almond pulp from making the almond milk. I made some delicious vanilla “sugar” cookies drizzled with chocolate, with just a few additional ingredients besides the almond pulp. Look for that recipe later in the week.

If you don’t have chai concentrate at home, see the note at the bottom of the recipe for a suggested alternative. I think it would work just great. 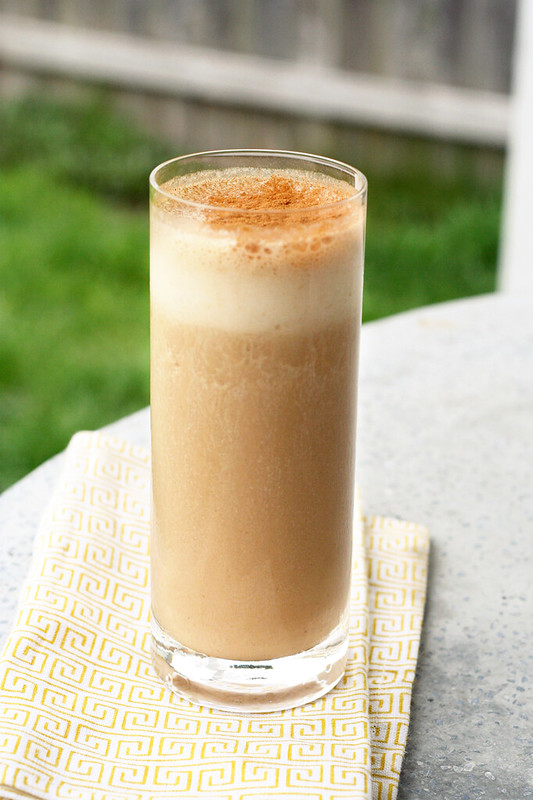 *Note – if you don’t have chai concentrate on hand, you could probably just brew a strong cup of chai using a tea bag. I would suggest just adding about 1/2 cup of boiling water to a mug with your favorite chai tea bag, removing the tea bag after it steeps long enough to be a strong dark cup of tea, then chill it and then add it to the smoothie. Or maybe you are inspired to just go with straight almond milk and add some classic ground chai spices themselves to the smoothie like cinnamon, cardamom, ginger, nutmeg, etc. Play around and let me know if you try any of those either variations.