I have seen many recipes for chia pudding on my internet travels, some seem to be thicker than others, but they have all looked delicious to me. I have been meaning to make this for some time. I have seen chia puddings made with all types of milk, including coconut, I’ve come across many many different toppings and “extras” including chocolate chia puddings made with cocoa. This Berries and Cream version from Leanne at Healthful Pursuit looks super duper creamy, containing less chia seeds and adding in coconut milk. I plan to make something very similar to this soon, myself, I really love how creamy it looks.

I decided on a thicker version for this first time, with similar flavors to my dad’s famous Greek style rice pudding, that I love so much and have mentioned on here before. Since, I wanted it to be a bit thicker of a pudding – I used a ratio that I found on Whole Food’s website, of seeds to milk. I do plan to make another version of this later this week, with less seeds and with coconut milk, similar to the one I posted from HP, but I had been dreaming of this thick rice-pudding like version for a while now. I will plan to post the next one I make as well, so I can compare to this. In fact, I plan to be making lots more chia pudding, so look out!

When soaked overnight chia seeds turn into a simple pudding, similar in consistency to tapioca (which I love). This pudding was thick and creamy, and it had a little bitty crunch from the seeds. I drizzled a bit of honey overtop of this to add a subtle sweetness, you could also add stevia, coconut sugar or any other sweetener you desire. You probably could also just use sweetened non-milk, I just never have that in the house. I am super surprised at how filling this pudding is, I was worried I would be hungry in an hour or two, and I wasn’t. For me that is when I know I have found a breakfast winner! In addition to breakfast, this pudding would be great for dessert or even a little afternoon snack.

If you haven’t yet had chia seeds, you must try them. I like them in muffins, granola, breads, smoothies, etc. Chia seeds are a super food that provides a variety of wonderful health benefits. It a nutshell – by adding just 2 tablespoons of chia seeds to your daily diet it will give you approximately 7 grams of fiber, 4 grams of protein, 205 milligrams of calcium, and a whopping 5 grams of omega-3! The benefits are far too many to list here, so I will direct you to this simple to read list, Top 10 Benefits of Eating Chia Seeds. And yes, these are the are the same chia seeds made famous by the Chia Pets. Ch ch ch chia! Chia seeds can be found at most healthfood stores, normally where you would find the flaxseeds.

Obviously you can play around with your toppings and flavors of this pudding, skipping the cinnamon and adding your own spices, going with fresh berries instead of dried fruit, adding nuts, cocoa or topping with shaved fresh coconut, etc. Combine chia seeds, almond milk, cinnamon and vanilla in a glass bowl, stir well to combine. Cover with plastic wrap or lid. Or add those ingredients to a glass mason jar with a lid, tighten and shake well to combine (this is what I did). Refrigerate overnight. Stir well before serving, spoon into bowls and top with raisins, a dash of cinnamon and a little sweetener, if you wish. 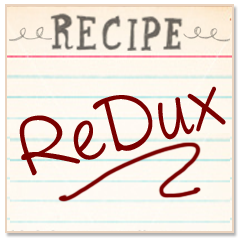