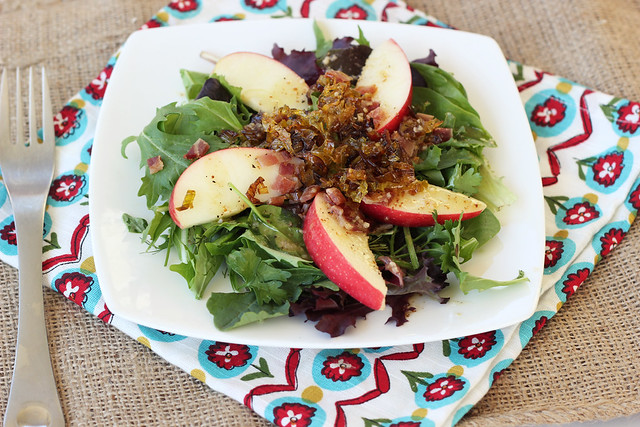 This has been a bit of a trying week for me, getting back into town after being on the road for a week, plus I generally feel just a little bit down. Could be the change of the season and the daylight hours shifting (both always affect me with every season, even with fall, my favorite season) or maybe it’s the lack of sleep from traveling or the stress of this house-selling business. I have generally been staying upbeat and positive about trying to sell this house and our pending move to California, but I think it all might finally be getting to me. While we were away we had my mom come by the house to make sure it was all ready for a showing we had scheduled (we had it all cleaned and ready, but I wanted her to make sure there wasn’t mail sitting on the porch and I had her open windows and make it smell nice). While she was at our house and texting me about what to do,  I got notice that the showing for 2 hours later was now cancelled. It happens, I know that. They have actually already rescheduled, so no major loss there, but there was something about being so far away, feeling terrible about my mom having to go out of her way to help and everything else on my mind. I actually welled up with tears and felt like I could lose it. Over one showing. I guess I hit my breaking point. Doesn’t happen often, but it does happen. 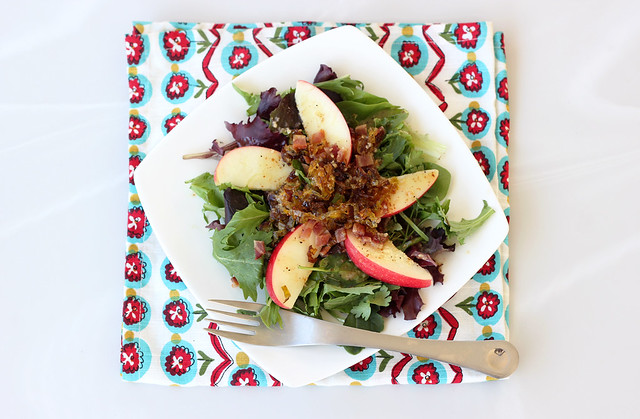 Really none of that has anything to do with this salad, except that with the change of the season and the general feeling of being a little down, I still know what my body craves and it is craving all of the wonderful seasonal produce we are surrounded by right now. Besides craving comforting foods like warm soups and stews, I also find myself craving beautiful vibrantly colored meals. Celebrating what is happening all around me outside, but also knowing that in a few short months it will be hard to find those beautiful hues. My very good friend April is beginning a new journey into Holistic Health Coaching and she sent out her first newsletter this morning. Not only was it super informative and so timely for me, but it had a line that really stuck with me “The transition to fall may leave us feeling exhilarated but unsettled, ungrounded.” That thought really resonated with me and definitely allowed me to accept what I was feeling right now with a bit less judgement and harshness.

With so much great produce in season right now, it is easy to plan simple meals to celebrate it all. This week I have been celebrating squash and apples specifically, but with this quick and light dinner I wanted to also include some of the beautiful greens that are in season as well as the leeks, both of which I picked up at my local Co-Op. This salad is so simple to put together and it really packs a beautiful punch of flavor from the applewood smoked bacon, the crisp and tart local gala apple, the delicious crispy and rich flavor from the caramelized leeks and of course the tart and slightly sweet maple dijon dressing. So much delicious goodness in one small salad.

If you are interested in reading a few Ayurveda tips for Autumn, check out this great article from Yoganonmous here. I came across it this morning and it definitely validated me in the way I have been feeling this week. Also, you can also check out my good friend April’s first newsletter that discusses the transition into Autumn and Winter and what we can do to ground ourselves and make it an easier shift. Plus, look for some upcoming guest-posts filled with informative holistic health tips and corresponding recipes from my good friend April here on Tasty Yummies.

How have you been feeling lately? Does the change in the seasons affect your moods?

Combine all of the ingredients for the dressing in a small bowl or bottle and whisk (or shake) together well, to combine. Set aside.

Start by cookin your bacon in the oven (you can also cook it on the stovetop, but I find this way to be much easier and cleaner), line a baking sheet with foil and place your bacon on top. Place into the oven for 12-18 minutes until the bacon is nice and crisp. No need to flip it.

While the bacon is cooking, start caramelizing your leeks. Heat olive oil in a large skillet over a medium-high heat, once the oil is hot enough add the properly cleaned and thinly sliced leeks to the pan. Give them a good stir or two to coat them all in oil and to break them apart a bit. Turn the heat down if need be at any point if they start to cook too quickly. Gently toss the leeks around in the pan and cook slowly until they are golden browned and caramelized. Just as you would with onions. Take it slow, you don’t want them to burn up quickly, you want a nice slow cook to them. Once they are cooked to your liking, turn off the heat.

Once the bacon is done lay it on a paper towel lined plate to absorb some of the excess oil. Then cut it up or crumble it into small pieces.

Toss the greens with a small amount of the dressing. Plate the dressed greens and top each serving with a few apple slices, sprinkle the crumbled bacon over top and top it all with a good spoonful of the caramelized leeks. Drizzle additional dressing overtop all of it.

* a quick note on cleaning leeks: leeks tend to have a lot of dirt and grit in them. If you aren’t careful when cleaning them, you may think they are totally clean, start cooking with them and find your entire dish has a nasty grittiness to it. This can ruin a dish. After trimming off the ends (called the beards) and the dark green tops (save these for stocks). You can run them under cold water at this point, or even better, you can submerge the leeks in a large pot of cold water. Swirl them around to really remove all the grit and dirt. Drain well and then cut.